It’s been and long and winding road for John Cooney but the scrum-half is at last in line for his full Ireland debut against the USA on Saturday.

The 28-year-old Dubliner started with Leinster back in 2011 but made just 27 appearances over four seasons, finding himself behind Ireland players Eoin Reddan and Isaac Boss in the pecking order.

A loan spell at Connacht preceded a two-year permanent deal that finished at the end of last season, again there was frustration as he failed to unseat Ireland back-up Kieran Marmion as the preferred number nine.

A move to Ulster followed last year and Cooney slotted into the void left by talisman Ruan Pienaar without any fuss.

First capped as a replacement for Marmion in the second Test against Japan last summer, his second game showing came in a four-minute cameo appearance in the centre as Ireland beat Australia in Melbourne in June. 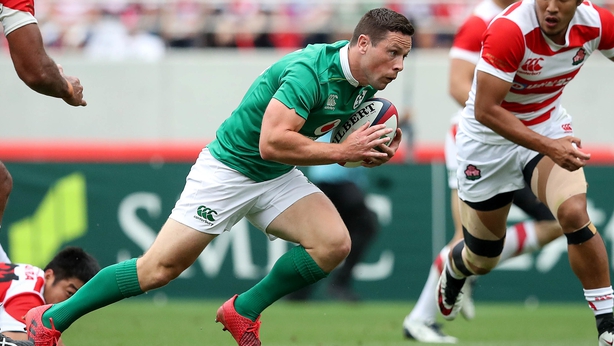 Leinster's Luke McGrath was preferred when Ireland travelled to Chicago to face Italy at the start of the month with Cooney playing the last 16 minutes of the 54-7 win.

Despite first-choice scrum-half Conor Murray not featuring in the November Series due to injury, Cooney has had to bide his time and watch on as Marmion (24 caps) and McGrath (9 caps) gilded their reputations with solid showings against Argentina (where they both scored tries) and the win over New Zealand.

"It's just important that I fit into the team," Cooney told reporters as he was named in a team containing 14 changes to the side that beat Steve Hansen’s men.

"Last week we talked about the collective nature of our team, trying to be better than New Zealand.

"It's just important to keep learning.

"In the last few weeks, it's good to be back in with Joe [Schmidt], I was in in the summer so, it's just getting up to date with all the plays and stuff like that and just fitting into the team like you said.

"Just doing my basics; passing, kicking well and if opportunities open up that's exactly what I need. Yeah, just about doing what I can for the collective and making the team better." 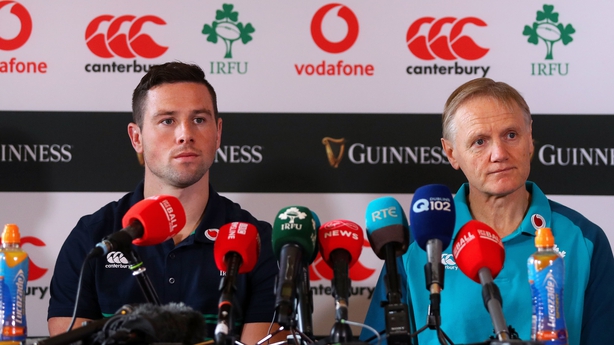 Schmidt said: "John has had to be pretty patient. He hasn’t had too much of an opportunity so far.

"He acquitted himself really quickly in Ulster. He got up to speed quickly, he started the season again this year really positively and I think he’s made a really positive impact there and we’re hoping he can do the same here.

"His kicking game is strong. He has a very sharp pass, and I’m hoping we’re going to see the benefit of both of those skills.

"On the other side of the ball, he’s a resolute defender, he’s a smart defender, covering the space behind as well as filling in the front-line."