Ulster scrum-half John Cooney will make his first start for Ireland as Joe Schmidt made sweeping changes to his side to take on the USA on Saturday.

Centre Garry Ringrose is the only player retained in the starting line-up from the team that beat New Zealand last Saturday.

Uncapped Munster back Sam Arnold is in line for a debut having been named among the replacements.

That paved the way for a host of changes as the fringe players bid to improve their standing in the head coach's plans. 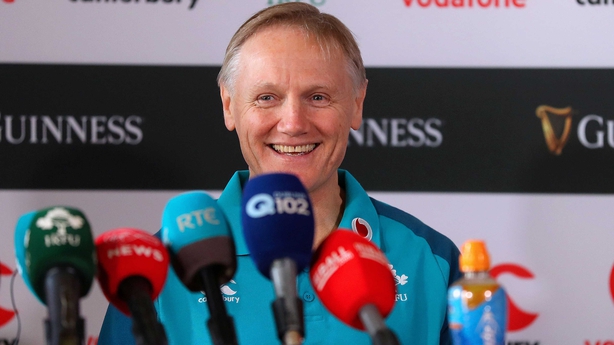 "There’s some tired lads from last week, and it was always part of the plan [to make so many changes],' Schmidt said.

"The two games that book-ended this particular series gave us an opportunity to broaden the squad.

"We had 43 players in total and we wanted to make sure that we got a look at all 43 players at some stage, and that we gave them all an opportunity.

"It’s fantastic that they’ve taken that opportunity, in the main, they’ve taken responsibility for really positive preparation and hopefully we can finish this bracket of four games on a positive note on Saturday."

Ulster back Addison, a late inclusion for the Argentina game due to Robbie Henshaw's withdrawal, gets a start at full-back, while Munster pair Andrew Conway and Darren Sweetnam line up on the wings.

Ringrose is partnered in midfield by Stuart McCloskey, who will win just his third cap since making his debut in Twickenham in 2016.

Cooney will win his fourth cap but first from the off, with Joey Carbery slotting in at out-half for the rested Johnny Sexton, last night awarded the Rugby Writers Player of the Year.

"John, first of all, has had to be pretty patient," said Schmidt.

"He hasn’t had too much of an opportunity so far, this will be his first real start. For the last few trainings, he’s had more of a portion of the time with the shadow 15.

"That gives him a little bit more rhythm. Obviously, he acquitted himself really quickly in Ulster. He got up to speed quickly, he started the season again this year really positively and I think he’s made a really positive impact there. We’re hoping he can do the same here.

"His kicking game is strong. He has a very sharp pass, and I’m hoping we’re going to see the benefit of both of those skills.

"On the other side of the ball, he’s a resolute defender, he’s a smart defender, covering the space behind as well as filling in the front-line." 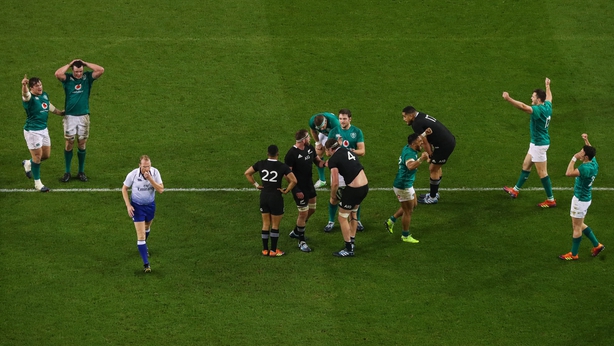 On the new half-back combination, the Kiwi, who will announce his future plans early next week, added: "They’ve known each other for a while, hopefully they sync very quickly.

"It’s always hard for that to happen straight away. I know there were a few frustrations in that first half against Italy with new combinations and fairly brief training time.

"We’ve had a bit of time to train, but a lot of those guys have had time to prepare and the starting players for them to get onto the front foot, hopefully they can do it from the very off."

The front row is made up of Dave Kilcoyne and Niall Scannell from Munster, with Connacht's Finlay Bealham on the tighthead side,

Tadhg Beirne, considered unlucky not to make either of the last two matchday panels, is selected in the second row alongside Iain Henderson, a second-half replacement last week. 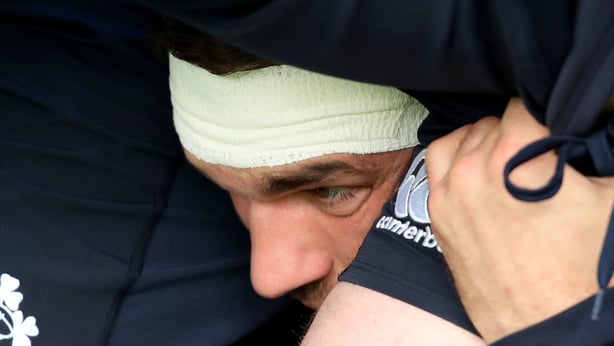 "Tadhg has slotted in so well, coming off the bench a couple of times in Australia in the summer, and bedding in as part of the broader squad," said the New Zealander.

"And I thought Iain Henderson came on and did really well last week against New Zealand.

"Tadhg has a really instinctive feel for the game; his running lines, his ability to get into the right defensive positions.

"Those things are a little bit intuitive, and it's great to coach a guy who tends to know where to be most of the time."

Rhys Ruddock will captain the side with Jordi Murphy and number 8 Jack Conan completing the back row.

The USA are ranked 13th in the world and last week beat Romania 31-5 in Bucharest.

Ireland met the Eagles in New Jersey last summer and recorded a 55-19 win.