The weekend consisted of defeats to France, Canada, New Zealand and Australia but there were solid wins over Fiji and Russia.

But it was sort of lost between Munster’s manic win over Gloucester and Leinster’s classic with Toulouse in France.

That a national team’s appearance in Colorado, at the opening salvo of the World Rugby Women's Sevens Series, went under the radar is related to one of the problems identified by the IRFU as they bid to grow the women’s game: communication.

They realise they must get better at it and it’s point five in the "sustainable systems" section of the 2018-2023 strategic plan.

One of the other issues that the IRFU must deal with is that the men’s Six Nations is rightly held up as the highlight of the rugby calendar, while the union admits that it doesn’t even recognise that the women’s 15s game and 7s games are different sports.

In February 2017 there was surprise when three Ireland players were diverted away from a Six Nations clash with France to play a 7s tournament in Las Vegas.

It could happen again.

So how does the union square up the fact that a 7s tournament can outrank a Six Nations tie given that it could never happen in the men's version?

The answer lies in the IRFU stance that it’s all part of a high-performance plan for the women's game. 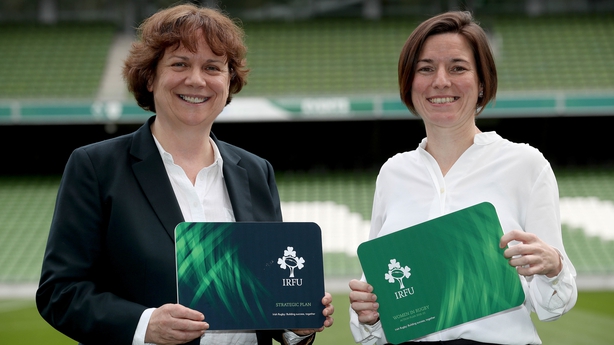 "In the public eye there is a great affection and devotion to the Six Nations and the pivotal part that plays in our calendar and that’s a great tradition," IRFU committee member Mary Quinn (above left) told RTÉ Sport.

"The difficulty with 7s is that its appearance is mostly online, streamed matches online, and it’s held around the world when perhaps the public isn’t aware of that.

"On our website we are emphasising that and letting people know [fixtures] well in advance.

"At the moment we don’t have enough players to have two separate squads working, particularly the way World Rugby organises the season.

"[We have] an integrated high-performance programme, which caters for both the 15s and the 7s and players are moved around within that programme."

The plan to increase female participation in all aspects of rugby by 20% or more over the next five years sees the 7s game, an Olympic sport, being treated "as a pathway into the game" but also as an end point if that is deemed suitable.

Some of the headline targets in the Women in Rugby Action Plan for the next five years include "one Six Nations title (top 3 otherwise), win two 7s World Series tournaments and qualification for 2020 Olympic 7s and 2022 7s World Cup". 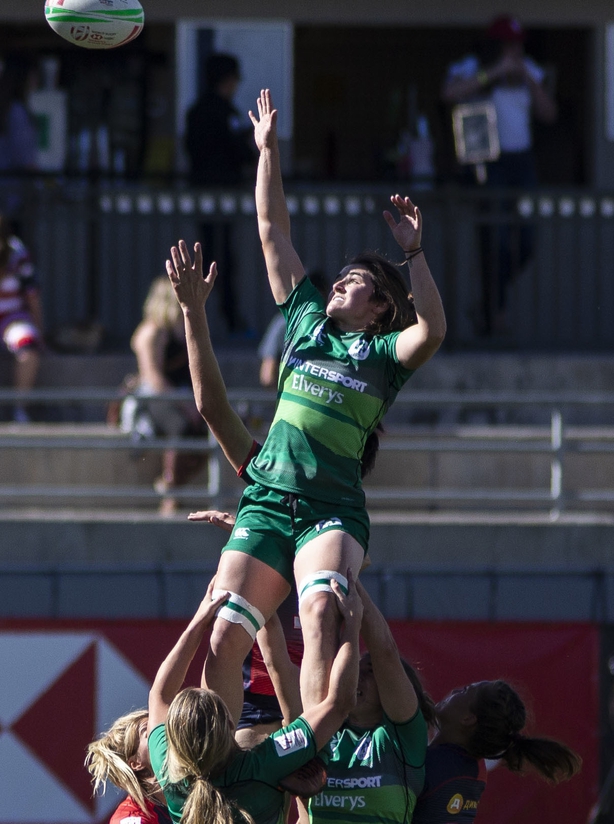 "With the women’s game we need to put in place a proper set of pathways. They aren’t there at the moment, that’s the difficulty that we have.

"The way we see 7s, and how most unions see 7s, is a pathway into the game. We don’t make a distinction that 7s is a different game to 15s, it’s a subset of the game.

"We simply cannot afford to have a separate system out here with an entire support structure around it and a 15s with a separate...effectively it’s a conjoined programme.

"Part of that is for obvious reasons of finance but a more important reason is that we don’t actually have the number of players to support or sustain two sets of different programmes."

It is, of course, a work in progress and if the eyebrows don't get raised quite so high the next time the 15s side lose a player to the 7s series, then it will be seen as progress.