Skipper Rory Best hailed Ulster's second-half display as they dug in for a vital 24-10 win over Leicester Tigers to kick-start their Heineken Champions Cup campaign.

Tries from Alan O'Connor, Will Addison and Jacob Stockdale ensured four points for the Irish province on a miserable night in Belfast.

Best was pleased with Ulster's grit and determination in getting a win which halted a two-game losing run - including a record defeat at Munster - ahead of the beginning of their European campaign.

"It was a really, really tough game," said the Ulster and Ireland skipper. "But we had to front up and that's a win we're really happy with.

"It was about having the confidence and courage and you do feel pressure without getting points, but the way we went about our business in the second half, that told eventually." 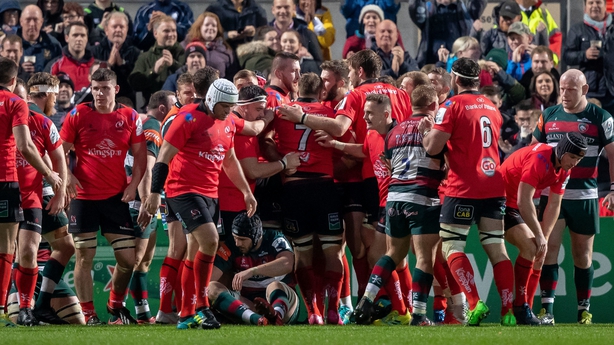 Ulster turned down two kick-able penalties in the first half which Best explained was all about setting down a marker for how they wanted to win the game.

"We put a lot of hard work into the first half and probably the scoreline (Ulster trailed 3-0) didn't reflect that.

"We didn't get the scores we wanted during the yellow card period (George Ford was sin-binned in the 20th minute) but that took a lot out of them."

As for failing to get a bonus-point win, Best added: "Ultimately we put ourselves in the position (to get a fourth try) and we now have to hope that doesn't become a problem for us come January."

Ulster now face Racing 92 in Paris in the second round of pool games.

"I thought our first half was pretty controlled," said Tigers coach Geordan Murphy, whose side led 3-0 at the end of the first 40 minutes.

"Obviously we had to do a lot of defending and we defended really well on our own goal-line and I thought Ulster on a couple of occasions (in the first half) would go for goal but they didn't.

"I thought our defence was really good and I was pleased to have that lead at half-time.

"I was disappointed we didn't get the drop goal (when Rory Best charged down Ford) just before half-time. 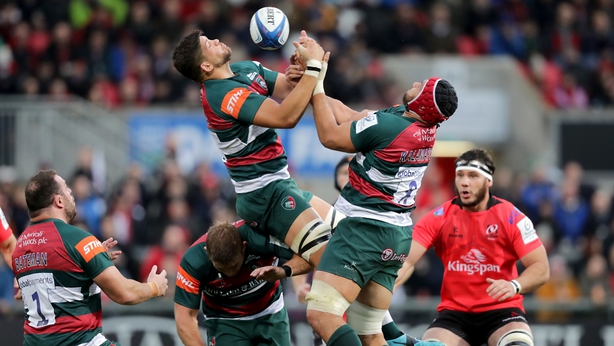 "At half-time I thought we were in a really strong position and I felt watching the guys coming up the tunnel that our guys were fresher and that they would really add something in the second half.

"Unfortunately we came out and started really poorly," said the Tigers' interim coach. "Ulster kicked the ball in the corner and they had seven points on the board straight away.

"That dented us and we then turned down the chance to kick three and didn't execute again.

"Then suddenly we found ourselves 14-3 down and the game's going. The conditions are then closing in and Ulster are playing smart rugby to kill the game and they are the margins.

"Ulster were just better at executing in our 22."