Second-half tries from Alan O'Connor, Will Addison and Jacob Stockdale earned Ulster a 24-10 win over Leicester in their Heineken Champions Cup opener.

Ulster's John Cooney kicked all three conversions and a penalty to complete the Irish province's scoring in the Pool Four clash at Kingspan Stadium in Belfast.

The Tigers led at half-time thanks to a George Ford penalty but failed to score again until Manu Tuilagi's 75th-minute converted try.

Ford got Tigers on the scoreboard first with a 14th-minute penalty after Ulster were penalised at a scrum under their posts.

The Tigers fly-half was then yellow-carded in the 20th minute after pulling down Michael Lowry with a seat-belt tackle as the full-back neared the try line.

Ulster opted for the scrum from the ensuing penalty but Craig Gilroy was in touch as he dived for the line.

The Tigers came close to scoring just before Ford's return from the sin-bin, only for Marcell Coetzee to win a penalty off Tom Youngs. 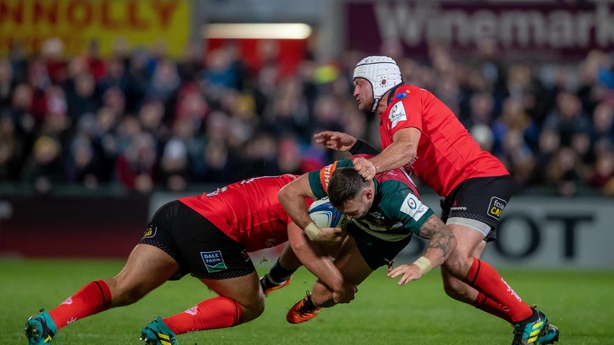 A far from inspiring half ended with Ford taking too long over a drop goal, allowing Rory Best to charge it down.

Three minutes after the restart, Ulster took the lead from O'Connor's try which came after the pack drove to the Tigers line.

Ulster quickly went most of the length of the field for Henderson to touch down, but the try was ruled out after the TMO adjudged Nick Timoney to have given a forward pass to Cooney earlier in the move.

Tigers then put a kickable penalty into the corner only for Tom Youngs to be penalised for a crooked throw.

And in the 58th minute Ulster moved further ahead. The hosts attacked off a lineout and replacement Sean Reidy's line burst helped create the momentum for Addison to touch down in the corner. Cooney's excellent conversion made it 14-3.

Lowry was close to scoring in the 67th minute for the Irish province but the play was called back for an earlier penalty which Cooney - now playing at fly-half after Burns went off - slotted over for another three points.

Ulster got their third try with seven minutes left when Stockdale roared over in the corner following an attack off a lineout which saw Best make initial ground.

Cooney's conversion took the Irish province's lead to 24-3 but the Tigers then grabbed a late score off Tuilagi, which Ford converted.

Ulster pushed for the bonus point score but were unable to get it. 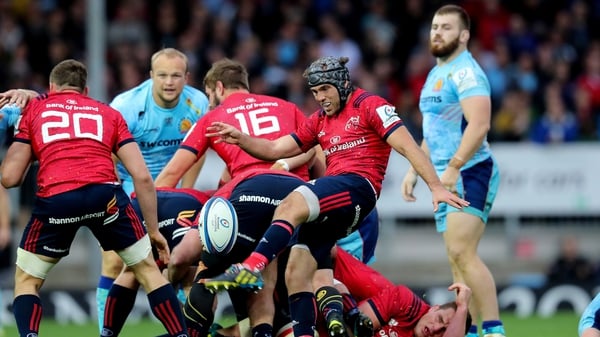