Munster head coach Johann van Graan said he was "pleased and proud" as Munster secured a 10-10 draw away to Exeter Chiefs in their Heineken Champions Cup opener.

In a game where windy conditions dictated terms at Sandy Park, scores were at a premium. Luke Cowan-Dickie crashed over at the end of the first half as the Chiefs led 10-3 at the break.

The visitors however, with the wind at their backs, claimed the only try after the resumption when CJ Stander powered over from close range, with Munster finishing the game withstanding a ferocious finish from the home side as they knocked-on at the line in the final play of the game.

After defeat last time out to Leinster, it was a much happier away trip for the two-time European champions.

"I am very pleased and very proud of that effort," he told RTÉ Sport. "We spoke this week about an 80 minutes performance and it took 80 minutes to keep them out. 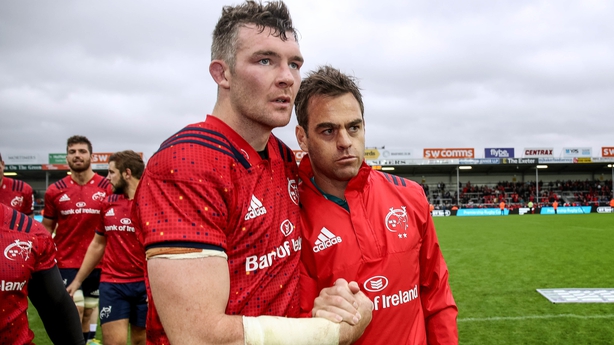 "I am immensely proud of all 23 guys, to come away from Sandy Park with two points is good, but the most important thing was to deny them four or five points, that’s incredible in the context of the group.

"We have to build into the Champions Cup. We gave it our best shot against the best team in Europe last week, but it wasn’t good enough. I think we answered a few questions today."

The men in red did have some forays into the opposition 22 before Stander crossed the line, but a combination of dogged Exeter resolve, inaccuracy kept the visitors at bay.

"There is a slight bit of frustration," Van Graan admitted when asked about possible missed scoring opportunities, "but you also have to see it in the context that we are playing against the best attacking sides in the world in my opinion. 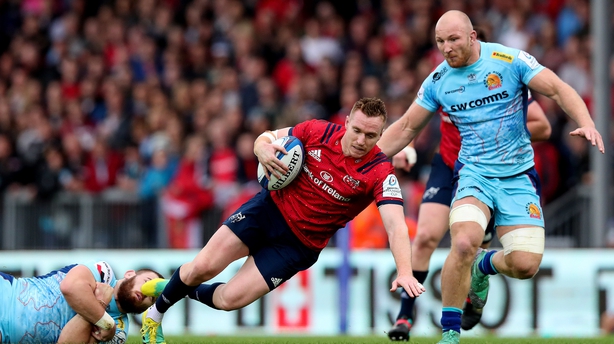 "To keep them to one try, I don’t know when that last happened."

The South African said Conor Murray is "definitely" out of next week’s tie against Gloucester, while a decision on Alby Mathewson’s fitness will be made during the week. Many had feared that the province would struggle with depleted options at number nine, but Duncan Williams served a timely reminder of his ability in south-west England.

Williams marshalled his team around the park in authoritative fashion, and his 60th minute intervention, where he cashed down Phil Dollman and engineered the turnover, was hugely significant in a game of fine margins.

"I said inside [dressing room] a special mention to him. To put in a shift like that. His kicking game was excellent. He had a game defining moment with that tackle.

"I’m so proud of Duncan and the way he came through today." 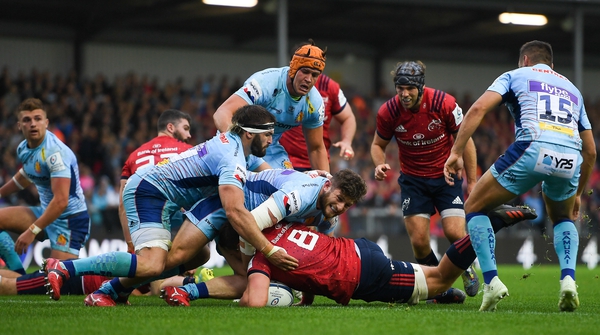