Connacht coach Andy Friend hailed a "special scalp" after the westerners defeated Scarlets in the Guinness Pro14 in the Sportsground on Saturday evening.

Having suffered defeats against both Glasgow and Edinburgh in their opening three games, and with the home game against lowly Zebre their only entry in the win column, Connacht knew they could do with a victory heading into their clash with last season's Pro14 runners-up.

Friend was especially happy his team held their nerve in the closing stages and stressed that their form had been encouraging even in the two losses this month. 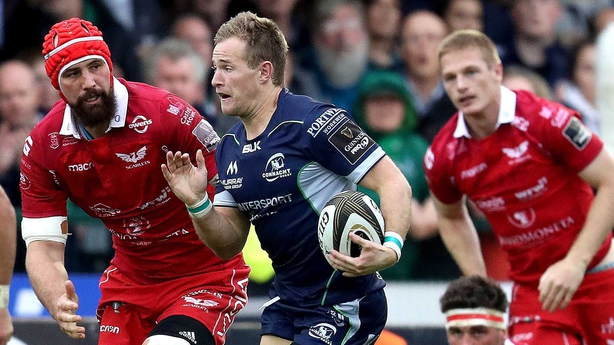 "To take that scalp is a pretty special one for us," he told RTÉ Sport.

"And also the manner in which we did it. With six or seven minutes to go, people started to tighten up again when they came within six points. But we held our nerve.

"I honestly don't think there was the pressure. We've been comfortable with a lot of aspects of the way we're playing. Didn't necessarily get the results we wanted in the first game or the third game. But there were elements of that we were really proud of and pleased with.

"To put that all behind us and control the game the way we did today was a really positive stepping stone for the team."

Connacht have been occasionally frail and prone to lapses in defence and Friend acknowledged it was an area where improvement was needed but he's confident they can make the adjustments as the season progresses.

"There's so many good things happening in our D [defence] but when we leak we seem to leak badly. We need to have a look at that which we will do. It's only game four of the season. It's a long season and we'll keep building." 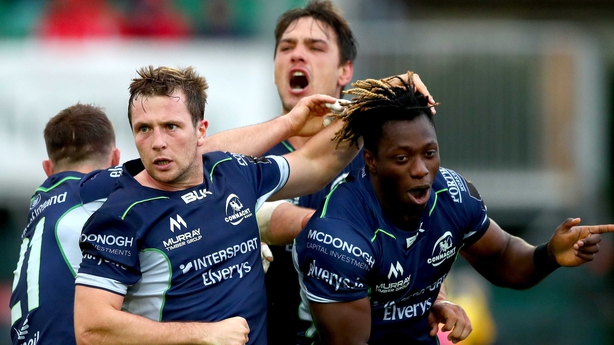 Out-half Jack Carty, who struck 18 points with the boot, said the side's defence was already improving from last season.

"Towards the end, they [Scarlets] got that try and maybe Connacht teams of the past would have let that one go. It's a credit to us that we went and closed out the game. The last few weeks have been tough. The penalty count and our defence was disappointing at times.