Dan McFarland will begin his role as Ulster head coach tomorrow after the IRFU and Scottish Rugby Union (SRU) came to an agreement over his release.

McFarland was confirmed as Jonno Gibbes' successor in April on a three-year contract, though the SRU insisted at the time that their assistant coach would have to serve out his nine-month notice period.

Ireland forwards coach Simon Easterby took up a temporary role as the details of McFarland’s start date were being finalised, but Ulster today confirmed that he will begin tomorrow ahead of the Pro14 opener against Scarlets at Kingspan Stadium on Saturday, 1 September.

McFarland made the transition from playing to coaching at Connacht in 2006, taking up the forwards coach role before becoming assistant coach four years later.

During his time with Connacht he also held head coach positions with Emerging Ireland and the Ireland Wolfhounds.

The 46-year-old took over as assistant coach at Glasgow Warriors in 2015 and he worked alongside Gregor Townsend before the pair took up posts with the national side last May. 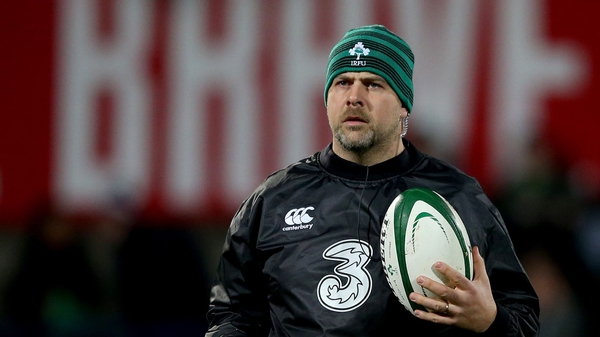