Robbie Henshaw says a combination of questionable calls, poor Irish handling and failure to match Australia at the breakdown contributed to the 18-9 defeat in Brisbane.

The Leinster centre reflected on a strong finish by Michael Cheika’s side to claim victory against the Six Nations champions who failed to register a try. On the flip side, tries in either half by Bernard Foley and David Pocock late on sealed the win which sets the home side up nicely for the three-test series.

"It was a tough night at the office," he told RTÉ Sport.

"We’re gutted with how it ended up. It was a patchy start from us and we let them into it I suppose. We clawed our way back in and had the chance to go and win it, but we let them in. We can’t give them those opportunities."

Once again captain Michael Hooper and fellow flanker Pocock were superb at the breakdown and pilfered Irish ball on a number of occasions.

Henshaw admits that while they knew what to expect, they struggled to deal with the highly regard Australian backrow.

"We spoke about them [Hooper and Pocock] all week that they were going to be menaces at the breakdown. I got turned over and a few other did too from those guys.

"It is frustrating. The standard we judge ourselves on is incredibly high and I don’t think we matched them. We need to be better and everyone knows that." 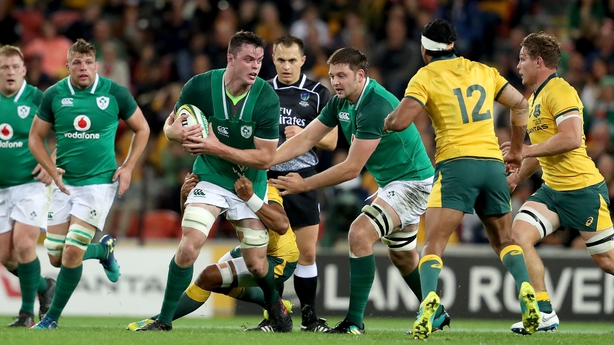 Head coach Joe Schmidt lamented some of the decisions by referee Marius van der Westhuizen and his team of officials – "We just expect to try to be able to play within the rules and do the best we can" – and Henshaw too felt that the men in green came out on the wrong side of some calls at the Suncorp Stadium.

"There was a couple of handling errors; tiny handling ones on the floor where the referee picked up on it; they were questionable enough.

"There were a few times where it seemed like we were almost there and we let them out." 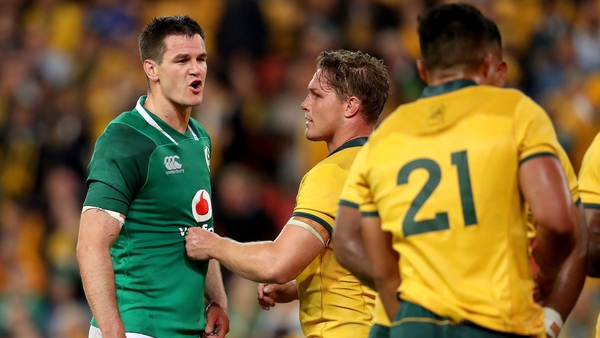 Carbery: There was an edge to the way Australia played