Connacht captain John Muldoon brought down the curtain on his professional career in style, Leinster were put to the sword with seven tries in a scintillating display of attacking rugby.

The popular captain, who is retiring after a record 327 appearances with his native Connacht, enjoyed one final Guinness PRO14 victory - even kicking a late conversion - before his summer move to Bristol as their new defence coach.

Leinster fielded a shadow side in Galway, making 15 changes to their Champions Cup semi-final line-up, and trailed 21-3 at half-time through home tries by Niyi Adeolokun, Tiernan O'Halloran and Kieran Marmion.

The sight of man-of-the-match Shane Delahunt setting up Adeolokun's second try must have had Connacht supporters wondering why Kieran Keane's men failed to regularly reach these heights during the season.

Leinster were already assured of top spot in Conference B and a home semi-final thanks to a vastly superior scoring difference compared to Scarlets. They pulled a try back through Barry Daly, but Connacht, who only had pride to play for, tagged on three more through Marmion, Bundee Aki and replacement Caolin Blade. 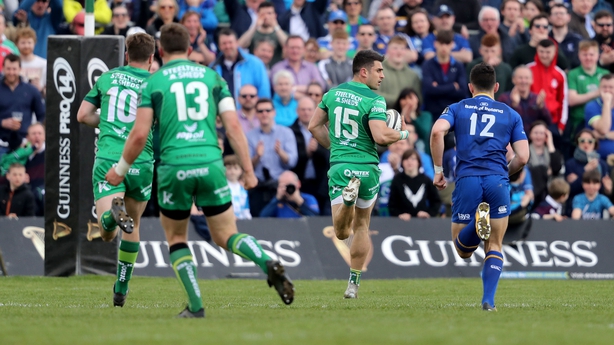 Connacht took Leinster through 21 phases straight from the kick-off, with Matt Healy and Delahunt both finding holes in the defence, before Adeolokun evaded two tackles wide on the right for the perfect start.

Jack Carty's conversion was cancelled out by a Joey Carbery penalty as Leinster gradually made inroads. However, Denis Buckley went unpunished for successive penalties - the first one in the scrum - as Carbery pushed his place-kick wide and the visiting pack then blew a maul opportunity.

The mistakes kept coming from Leinster, James Lowe's midfield pass easily intercepted by full-back O'Halloran who cantered in under the posts, and Connacht also gained the upper hand in the scrum.

Hooker Delahunt again took advantage of missing pillars at a ruck, linking with Marmion who touched down under a pile of bodies. Lowe led a late Leinster surge downfield, but Gavin Thornbury stole the resulting lineout on the stroke of half-time - much to the delight of the home fans. 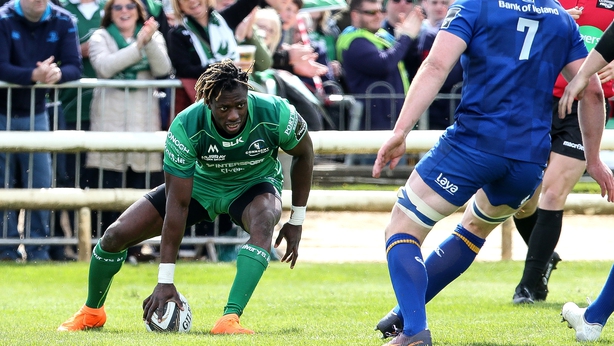 Delahunt's rip in the tackle, and a weaving run by Tom Farrell, teed up a fantastic 41st-minute bonus-point score, with great hands from Aki and Delahunt releasing Adeolokun for the line.

O'Halloran then collected a Carty chip over the top and fed the supporting Marmion to complete his brace, before Leinster winger Daly ran in an opportunist effort up the right touchline for his 12th try of the PRO14 season.

Carbery converted and, although Leinster were able to unload a strong bench, 33-10 was as close as they got. Aki denied Daly a second try before he scored himself, muscling over past Jack Conan in the 70th minute. Blade added try number seven, Muldoon enjoying the opportunity to add the extras from straight in front of the posts - the final scoring act of a record-breaking career in the green jersey. 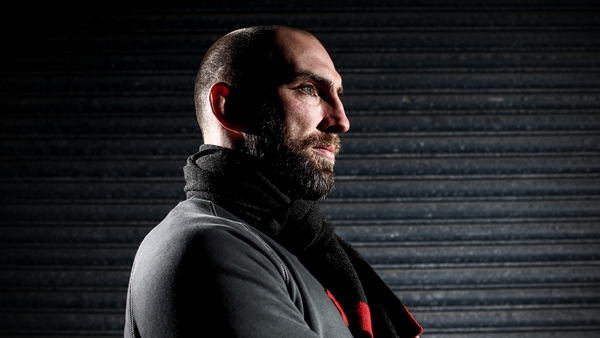