South Africa great Bryan Habana is to retire at the end of the season after being unable to force his way back into the Toulon team.

Habana underwent surgery to repair a long-standing knee injury last year but since recovering has found his path back into the starting XV blocked by the likes of Chris Ashton and Josua Tuisova.

The 34-year-old will retire as the Springboks' leading try-scorer with 67 and three short of Victor Matfield's record of 127 for caps won by a South African.

He was a World Cup winner in 2007 and was also named the world's best player in the same year.

"The inevitable moment has come knocking on my door and I've welcomed it in for a drink.." he said on Instagram.

"It's been more than a year of hoping, trying, pushing and willing to get back on the field for one last time, to taste the sweet victory or encounter that gut-wrenching despair.

"To hear the roar of the crowd or grab the pill out of the air. To make that last bone crunching tackle or score that last game winning try. But it's unfortunately just not to be.

"I, like most, would have liked my career to have ended differently, but sometimes things don't turn out quite the way we hope for.

"So at the end of this season, it's time to say goodbye and thank you to the game I so dearly love.."

Habana's last Test appearance was in 2016, when he was also vice-captain, but South Africa's decision to rely less on overseas-based players undermined his hope of adding to his 124 caps.

He made his debut at Twickenham in 2004 and developed into one of the sport's most lethal finishers, his electric pace and eye for an intercept making him a deadly opponent. 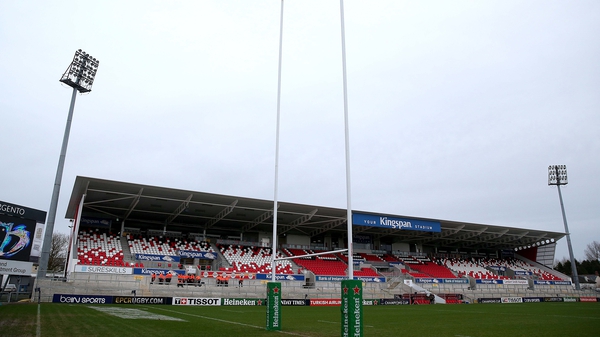 Ulster to host Uruguay in November