Ulster rugby players have expressed their sadness over the departure of Stuart Olding and Paddy Jackson from the province.

Last weekend, the IRFU and Ulster revoked the contracts of both players with immediate effect following a review conducted in the aftermath of recent court proceedings.

Last month, a jury of eight men and three women found Jackson, 26, and Olding, 25, unanimously not guilty of rape after deliberating for three hours and 45 minutes after a marathon nine-week trial at Belfast Crown Court.

Reading a prepared statement at a media event that barred news reporters, Ulster and Ireland hooker Rob Herring said the remaining players knew Jackson and Olding would go on to be successful on and off the pitch.

"It is with a great deal of sadness that the players and pro staff have learnt of this outcome," said Herring.

"We know that the two boys will be successful both on and off the pitch wherever they go.

"As a group, we have to move on and our full focus is now on Glasgow this weekend." 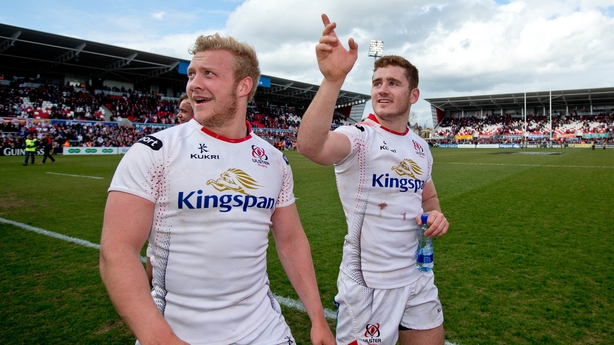 Herring made the statement at a pre-match press conference ahead of the team's PRO14 match with Glasgow this weekend.

It is understood news reporters were excluded because too many questions about the fallout from the high-profile trial were asked at a previous pre-match press conference.

The pair’s contracts were terminated at the weekend following an internal review into their conduct by Ulster Rugby and the IRFU.

While the two men were found not guilty, other aspects of their behaviour had been heavily criticised, with major sponsors of Ulster Rugby having voiced concern.

The IRFU and Ulster Rugby review had focused on a series of sexually explicit WhatsApp conversations involving the players and their friends about the sexual encounter at the centre of the rape trial.

The messages, which referred to women in derogatory terms, were presented as evidence during the trial.

He said both men had made a "serious mistake" and had fallen "way short" of the standards expected of professional rugby players.

Jackson and Olding had been accused of raping the same woman at a house party at Jackson's home in June 2016.

Last month, a jury of eight men and three women found the players unanimously not guilty of rape after deliberating for three hours and 45 minutes.

Two other men, Blane McIlroy, 26, and Rory Harrison, 25, were also unanimously acquitted of lesser charges connected to the case.

A spokesman for Ulster Rugby said: "The attendance of non-sport journalists at recent match week media events has caused significant disruption to regular attendees, who have been negatively impacted to the extent that they have been unable to access sufficient information and content for the days leading up to that week's game.

"Therefore, following consultation with regular press conference attendees, it was decided that access to this week's event would be restricted to sport journalists only." 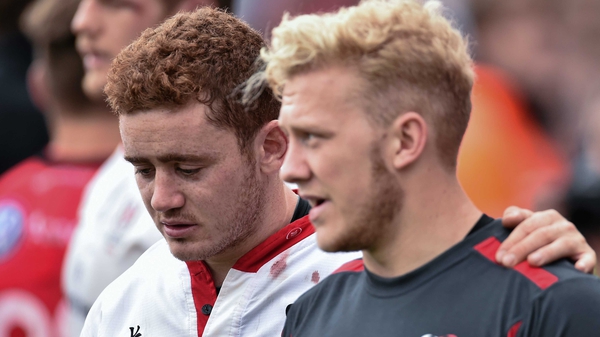