Right from the off Ireland were positive in everything they did and took the fight to Eddie Jones’ side who were clearly short of confidence.

The kick-off saw Maro Itoje come immediately under pressure from two Irish defenders as he was driven backwards. 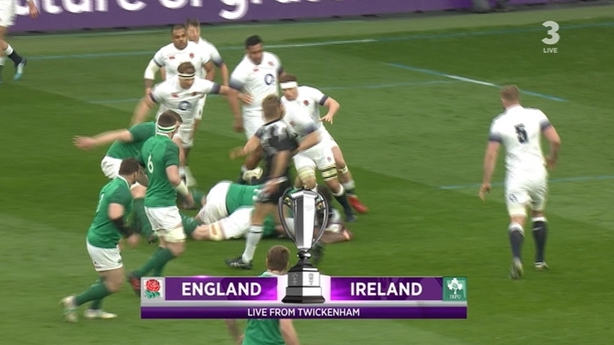 Richard Wigglesworth box-kicked downfield and Rob Kearney, rather than return with interest to seek territory, ran straight back, slipping past Elliot Daly and evading the clutches of Mako Vunipola.

Dan Leavy’s first carry was a sign of intent as he made valuable yardage in a move that was at that point going backwards.

Still in the opening minutes, Keith Earls' first taste of the action was to receive an England kick. Similar to Kearney, he resisted the temptation to boot downfield and backed himself in open space.

The Munster man evaluated the situation and dinked over the cover defence. Claims that he was taken out by Kyle Sinckler were ignored, and when Ireland got their hands on the ball again, the chance to play territory was again turned down with players fanned out across the field deep in their own territory.

It was attritional at times, but Ireland were happy to go through the phases as they began to wear the hosts down early on.

A pre-requisite for a Schmidt team, but evident throughout the contest, no more so than in the opening try courtesy for Garry Ringrose.

Bundee Aki has made a significant contribution in midfield, especially with a number of different centre partners, but his ability to clean out rucks and influence the breakdown is a massive weapon for Ireland.

Similar to Gordon D'Arcy and Brian O'Driscoll before him, he plays like an auxiliary backrower and slows down opposition ball.

Claims that Ireland are straight-jacketed in their approach at times couldn’t be levelled at the approach in Twickenham.

From one to 15, each and every player is comfortable on the ball and that allows the men in green a number of different plays, no matter the personnel.

Few props look as eager to get on the ball as Tadhg Furlong. Minutes before CJ Stander’s try, we can see Johnny Sexton linking up with the tighthead prop.

Better would follow shortly between the pair in what was one of the tries of the competition. In a move that saw decoy runs, a wrap around pass, incisive runs and peripheral vision.

Patience with and without the ball

For the first time in the competition, Ireland were second best in the possession stats (46%). Regardless, few teams look as comfortable going through phases as Joe Schmidt’s side, while few sides, notwithstanding the All Blacks, retain such discipline on the backfoot.

Ireland's ability to keep the ball also has the effect of frustrating opponents. Opponents often cough up cheap penalties and let their discipline slip in an effort to wrestle back possession.

Saturday was no different, with Maro Itoje guilty of losing his composure in the first-half.

Battle of the 10s

With Owen Farrell getting his first start of the season at 10, the battle of the out-halves was always going to have a significant impact on proceedings and unfortunately from the perspective of the majority in the stands, it was the Leinster man who came up trumps.

Farrell made an inauspicious start when he was penalised for a late hit on Rob Kearney after chasing his own kick. It would be a sign of things to come for the Saracens man who was that little bit off all day.

Farrell missed three conversion attempts, while he also was caught out defensively on a couple of occasions. No players missed as many tackles (17) in the competition, and this one on Rob Kearney allowed the full-back gain valuable yards.

Sexton soldiered through the contest like a man on a mission. He was forced into a HIA shortly before the break, though it was nothing more than a bloodied nose, before making way for Joey Carbery with 14 minutes remaining on the clock.

Again he more than held his own in the defensive line, with 11 tackles in an all-action display.

"Some of the attention he brings on himself, trying to smash people back when he's standing on the tryline, making sure they don't get over it," Schmidt said afterwards.

"Then he was fine, he was totally coherent, but he was starting to fatigue, for sure, just because of the workload, his confrontational tackle ability, his commitment and general insanity.

"He's such a fantastic contributor to the group."

His role in the first two tries has already been highlighted, while the trusty sidestep (see below) was again in evidence as he left his opposite number trailing in his wake.

Farrell has shown remarkable consistency of performance over the past two years, but he was very much second best against his Lions team-mate.

Even in the midst of the hysteria of a Grand Slam, perfectionist Schmidt admitted that it won't be long until the management team review the game. When they do, they will admire the attitude, work-rate and ability to cope in adversity, but so too will they see defensive lapses.

Only five points were conceded with Peter O'Mahony in the sin-bin and England in the ascendancy, but it could have been avoided.

Farrell's cross-kick was weighted perfectly for Wasps winger Elliot Daly, but Keith Earls' decision to take one step out was fatal. The Munster winger immediately turned on his heels to try to atone for his error, but it wasn't enough as Daly stretched to touch down first.

In the second half Earls again showed excellent recovery skills to thwart Daly.

The home side began strongly after the resumption and when the ball was spread wide, Earls gambled on making the intercept. The 30-year-old didn't reach the ball which fell to Daly, but immediately spun around and executed a perfect ankle tap as he closed in on the try line.

A third Grand Slam to add to the feats of 1948 and 2009 means there is very little to quibble about after a famous victory over our near neighbours. 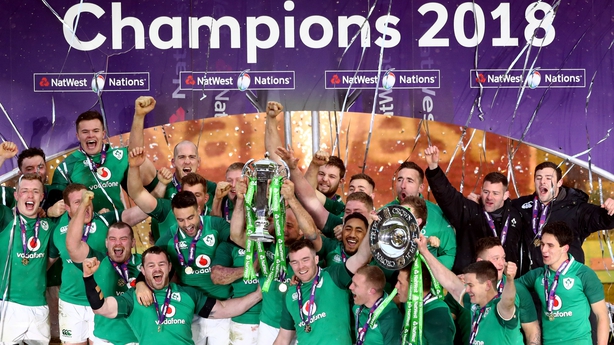 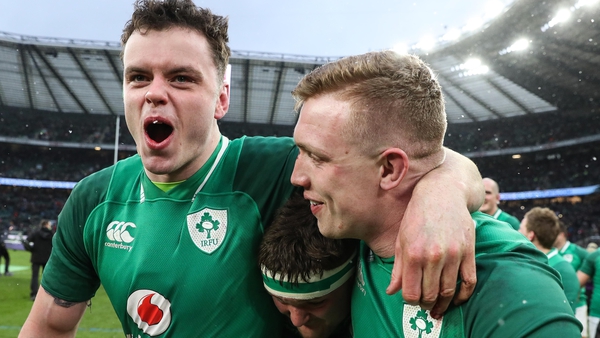 10 Irish in our Six Nations Team of the Tournament Rugby