Eddie Jones, in some less publicised comments, described himself as "still dirty" about last season's loss to Ireland, the Grand Slam-denying 13-9 defeat.

"We'll get that back," he said last July. "I think we're playing them in the fourth round so we'll get 'em back."

That game in Dublin, it now appears, was a defining moment in the journey that the two sides have since embarked on.

England arrived to Lansdowne Road, unbeaten in 18 games under Jones since his 2015 appointment in the wake of their disastrous World Cup, ready to claim back-to-back Grand Slams.

The Australian, it seemed, could do no wrong as his team steam-rolled over all-comers.

Joe Schmidt, who had led Ireland to two titles in his first two years in charge, 2014 and 2015, to an historic first win away over South Africa and a memorable first victory against New Zealand, was struggling to get his team flowing again, as they had done in those early days.

The 2017 campaign never got off the ground after an opening-day defeat to Scotland and Ireland only had wins over France and Italy to build on before the chariot came to town.

Conor Murray failed to recover from a nerve injury suffered in defeat to Wales and Ireland were down one of their main men. Then two, as Jamie Heaslip suffered what eventually turned out to be a career-ending injury in the warm-up.

"This time last year we were scrambling around," Schmidt told reporters on Thursday as he reflected on the start of an unprecedented 11-game winning streak.

But Ireland dug deep that day and repeated the Slam-busting heroics of 2001 and 2011. 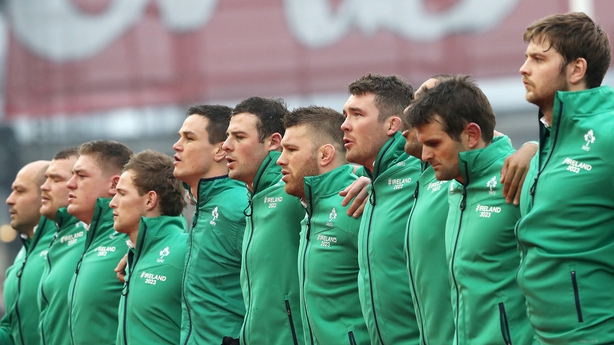 "That character reference that we have from that group, has helped us build from there on," he said.

"And hopefully we can continue to build on that, and that would be special for us in all sorts of ways, because of the championship and what is at stake."

With the World Cup in Japan on the horizon, Schmidt had two jobs this year. First, win the Six Nations; second, develop a squad that could absorb the loss of important players so as to avoid a repeat of the quarter-final defeat to Argentina in 2015.

After the final game against Argentina Schmidt was asked how far he would go in terms of throwing young players into the mix to build up experience for crucial games.

"It almost happens organically because it’s so combative that you will need to factor in a few changes week to week," he said perceptively.

And as is the nature of the modern game, key players fell by the wayside.

Lions Sean O'Brien, Robbie Henshaw, Jared Payne, Tadhg Furlong and Heaslip missed out on some or all of the campaign.

Josh van der Flier suffered a knee injury against France but in came Dan Leavy, who gets better game by game.

There were Six Nations debuts for James Ryan, Bundee Aki, Jordan Larmour, Andrew Porter and Jacob Stockdale, who has scored a record-equalling six tries in the campaign so far. 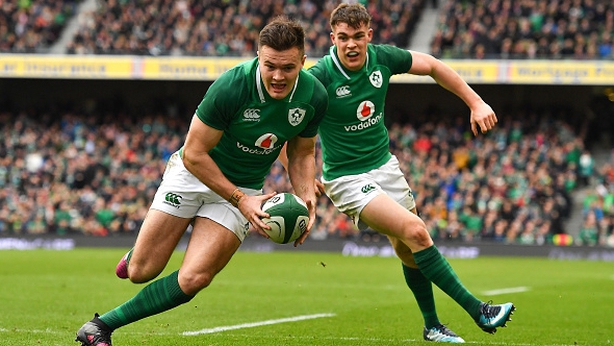 Schmidt knows he still has 'work-ons' and there is a way to go but despite a couple of close calls, Ireland have dominated possession in their games so far and when they were good, they were really good, staying disciplined and smart, making the right decisions at the right times.

But what happened to the England juggernaut?

After the Dublin defeat, Jones conceded: "Our preparation wasn't as good as it should have been....we'll get it right next time."

They did, in fact, get back to winning ways, claiming six victories from six.

Jones, who led Japan to a famous World Cup win over South Africa, then faced into his third Six Nations campaign looking to build on back-to-back title wins and seemingly well placed to do so despite a lengthy injury list ahead of their first game against Italy.

A hard-fought victory over Wales followed but the wheels were about to come off in spectacular fashion as England got sucked into a breakdown battle against Scotland, who pulled off their first win against the Red Rose in ten years.

"No one is indispensable and the players understand that," he said after the game. "It’s the same with me. I lose one game and I might be on a plane back to Sydney."

He couldn't get out of the country soon enough but before he did he was accosted by some drunken Scots outside a train station, later admitting to being shaken by the incident. 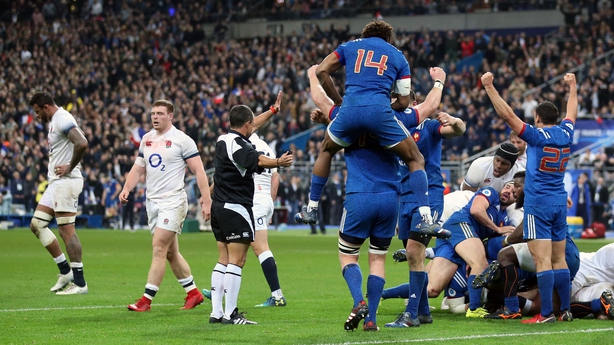 Another defeat followed in France, England again out-muscled by a hungrier pack.

"Any team that is developing, as we are, goes through tough periods where the game does not love you," he said of the 22-16 loss that ended their title hopes.

"I don’t think we should get too carried away or too melodramatic about where we are."

But where are they?

The 2016 and 2017 champs find themselves on the brink of a third straight defeat. They have been unable to find a suitable replacement for the injured Billy Vunipola, and, after criticism of Stuart Lancaster for playing Chris Robshaw at 7, went back to the Harlequins man.

For Saturday's game, out go the half-backs, with experienced Danny Care and favoured 10 George Ford two of seven changes, a selection Jones insists is a "one-off".

With no shortage of experience of throwing grenades into enemy camps, this week Jones discovered an old one that hadn't gone off, and, as it turned out, was still in his hand.

The emergence of the "scummy Irish" video necessitated an apology and the mission of focusing on the next game all of a sudden became blurred by a completely unnecessary aside.

Jones' schtick may have been bearable when the wins were rolling in but a stutter like this leaves no room for joking around.

England are in danger of finishing fifth and, should that happen, fingers will be pointed, in only one direction.

The difference between the head coaches could hardly be more pronounced.

While Jones was saying "sorry" again (he had to issue an apology to Johnny Sexton for comments about whiplash in 2016), Schmidt correctly played down the barb, but that's what the New Zealander does.

He goes about his business quietly, not getting distracted, building a winning squad that is now filled with self-belief, and even last July, knowing that this match was scheduled for the fifth round, not the fourth.