Ireland's No 13 jersey has proven unlucky for its occupants so far in this year's Six Nations campaign.

Robbie Henshaw suffered a shoulder injury that required surgery in the win over Italy, and today it was confirmed that the man who took his place, Munster's Chris Farrell would also miss the rest of the tournament.

Farrell was superb on his Six Nations debut against Wales last weekend but twisted his knee and damaged ligaments in training at the Aviva Stadium today. 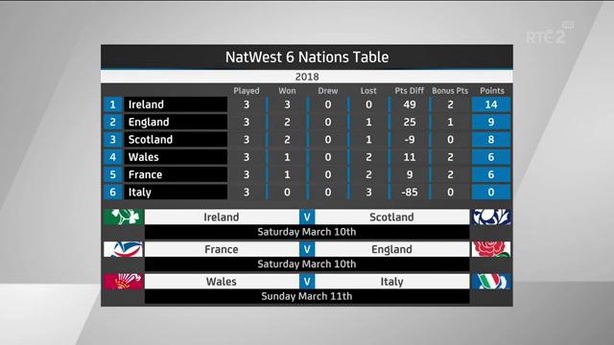 So who will be the latest man to move into midfield ahead of the visit of Scotland to Dublin on Saturday week?

Garry Ringrose returned to action for Leinster at the weekend and has been training with the squad. He featured in all of last year's Six Nations games but hasn't played for Ireland since last June following shoulder and ankle injuries.

Fergus McFadden came on as replacement against both France and Wales and, like Keith Earls, could play either centre or wing.

Joe Schmidt might also gamble on a first start for Jordan Larmour if he moves Earls inside while playing Johnny Sexton in the middle and letting Joey Carbery take over at outhalf is another option following Sexton's kicking woes last time out.

Munster centre Rory Scannell is probably the dark horse choice as he has yet to make the bench while fit.

Let us know who you would choose and add a comment below to tell us why.