It is 18 months since Quinn Roux earned his first cap for Ireland yet in terms of public profile, the Connacht player is well down the pecking order.

Of course such matters are of little interest to Joe Schmidt, who has introduced the 27-year-old off the replacements bench against both Italy and Wales, the six-minute cameo against Warren Gatland’s side coming with the game in the melting pot.

His stats show little other than a single tackle in that limited time frame, but his fifth cap was further evidence of the esteem he is held in by Schmidt.

Iain Henderson was the latest lock to succumb to injury, with the South African born player holding off competition from Ultan Dillane for a place in the matchday 23. 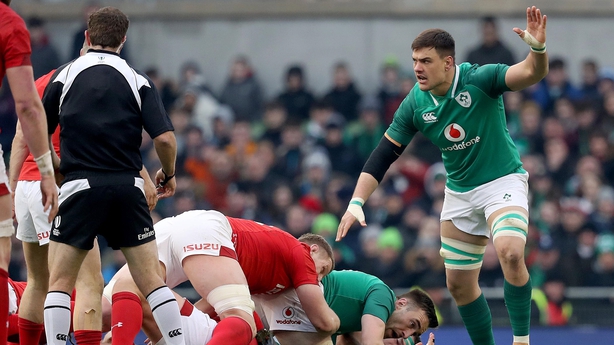 "You have to make the most of those opportunities," he told RTÉ Sport. "Hopefully I have done that."

Roux left the Stormers and Super Rugby behind in 2012 when he first crossed paths with Schmidt at Leinster. After taking time to settle in his new surroundings, he picked up his first piece of silverware after featuring in every round of the victorious Challenge Cup campaign a year later.

Opportunities under Matt O'Connor were more limited and a move to Connacht, initially on loan, has proven to be a wise decision. As well as claiming a Pro12 title, Roux has become a key figure at the Sportsground and kept on Schmidt's radar. In June 2016, he donned the Ireland jersey for the first time in the 32-26 defeat to the Springboks.

Two starts on last year’s summer tour of the US and Japan was more time in the Test shop window, and while the expected return of Henderson for the visit of Scotland is likely to see him drop out of the matchday squad, he believes he is steadily improving from the player some believed would fade away from Irish rugby once his Leinster spell began to wane.

What areas of his game have improved under the tutelage of Schmidt?

"The work rate on the pitch," he says. "That’s a massive step-up from club rugby. That’s something I have been trying to work on.

"Also trying to get up off the ground as quick as you can. Just trying to have loads of involvements in the game, trying to stay alert to what happens around you and trying to win the next moment.

"Hopefully I can keep on improving on that." 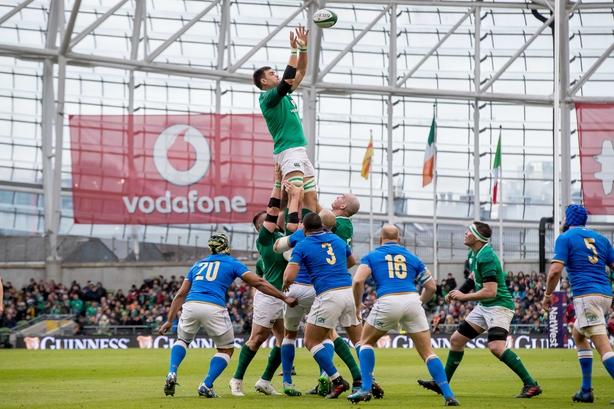 Team improvement is also required if Ireland are to overcome Scotland’s attempt to derail grand slam and championship ambitions.

Roux says there is a "positive mindset" in the camp, but the concession of three tries against Wales is food for thought.

Schmidt suggested on Tuesday that the chances offered to Wales were more a result of individuals mistakes rather than poor defensive strategy - "I think if you look back at the game, sometimes one guy is doing this and one guy is doing that. People know what we should be doing" - and the lock also agrees that it isn’t as simple as blaming Ireland’s so-called narrow defence.

"It’s a few individual errors, but we bleed as a team. They [pundits] might say we were a bit narrow, it’s more individual slip ups we need to work on," he insisted.

"That’s what we worked on today in training and hopefully we can do a bit more work Monday and take it into the Scotland game." 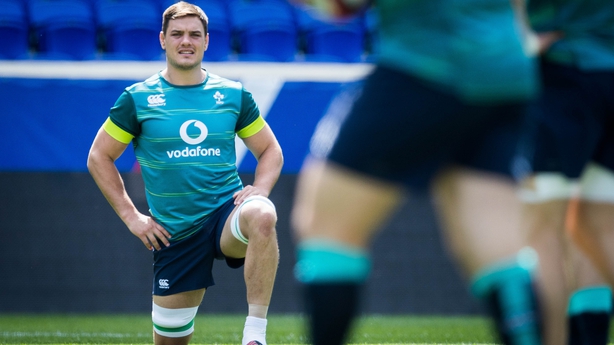 Gregor Townsend’s side caused something of an upset when they upset reigning champions England at Twickenham, with Roux able to watch pretty much the whole game live from Murrayfield in the drug testing room in the bowels of the Aviva Stadium.

He is expecting nothing different from a Scottish side that has won just twice on the road outside of Italy since 2000.

"They like to play an expansive kind of game. They will be confident coming to Dublin so we will have our work cut out for us.

"Our defence is going to have to be sharp next week," and Roux is expecting a battle royale at the breakdown where the Scots ruled the roost against Eddie Jones’ side.

"With Johnny Barclay and Hamish Watson, they have serious guys over the ball. That is something we will look at.

"It’s a big strength for Scotland." 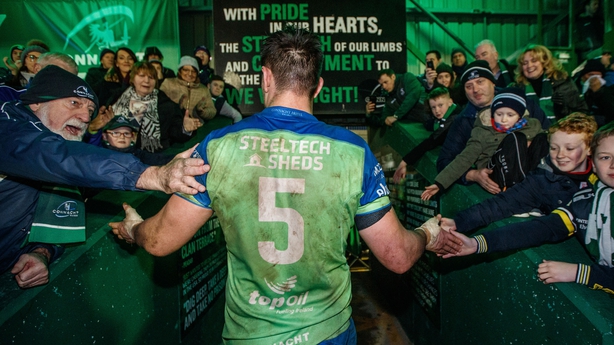 Now firmly at home in Galway and in the Ireland camp, Roux is a man clearly enjoying life on and off the pitch. He has averaged more than five carries and seven tackles per game in his 17 outings for Kieran Keane’s side this term as competition in the Irish second row hots up with the emergence of James Ryan.

Roux is just two games away from a possible Six Nations title. Could he have ever foreseen such events when he left South African rugby six years ago?

"To be honest, I wasn’t expecting that," he admitted."Being here for the first two years I kind of got settled in, then I moved to Galway.

"It is home for us now and I’m just delighted to be involved here and I’ll be working really hard to stay in this environment." 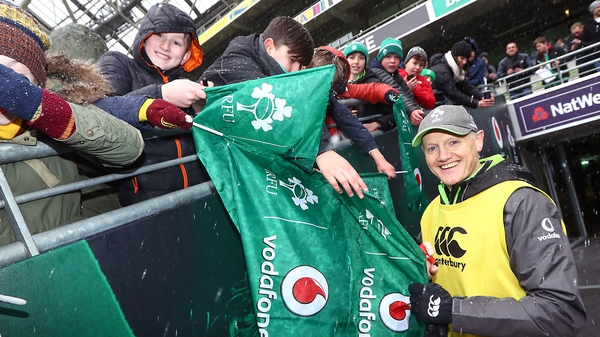