Warren Gatland acknowledged the qualities of a "clinical" Ireland team after they moved in sight of their third Six Nations title under head coach Joe Schmidt.

Ireland will head into next month's final two fixture rounds on a high after opening up a healthy five-point lead over reigning champions England.

A 37-27 bonus point victory against Gatland's Wales - coupled with England's Calcutta Cup defeat to Scotland - means Ireland are firmly on course to reclaim a trophy they last won in 2015.

"They are hard to break down, that is the thing about the Irish team," Wales head coach Gatland said.

"They are not flashy or anything like that, but they are clinical in terms of they are accurate, they keep the ball for lots of phases and when they get into your 22, they normally come away with points.

"The disappointing thing from our point of view is that the things we worked on during the week and spoke about in the week came back to haunt us like the discipline, being prepared to go through lots and lots of phases against an Irish team without giving anything away.

"Unfortunately, we didn't do that, and when they got close to our line they were very good." 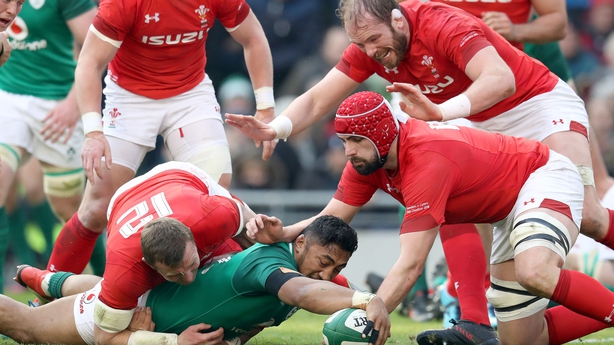 Wales made 225 tackles in the game as Ireland dominated possession and territory, while the visitors' penalty count proved higher than during either of their opening two matches against Scotland and England.

"We spoke about discipline and how important that was against an Irish team who thrive on playing through lots of phases and squeezing you, and if they do get penalties they are generally pretty clinical at converting them into threes or five points," Gatland added.

"To me, that was the real disappointing thing, particularly from the first half.

While Ireland now concentrate on huge encounters against Scotland and England next month, Wales close their Six Nations campaign in Cardiff through appointments with Italy and France. 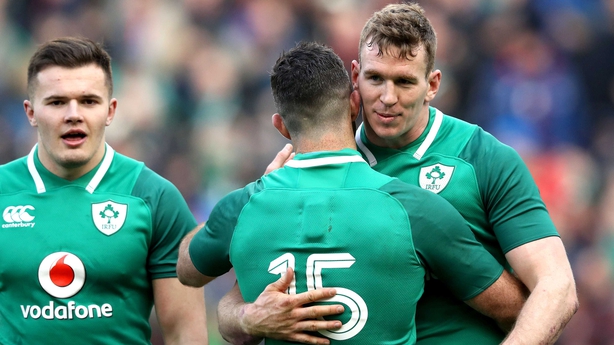 And Gatland is set to make changes for the Azzurri's visit, with wing George North, hooker Elliot Dee and number eight Taulupe Faletau among those looking likely to be in contention for starting places.

Powerhouse North made his presence felt off the bench for a second successive game, and Gatland said: "He was good. I really thought he looked dangerous, so it is nice to start developing a bit of depth in those back-three positions.

"It was good to see him get back on the field, he looked dangerous. Having that size and firepower is definitely going to give us another string to our bow.

"We need to make some changes against Italy because we want to see where some of the squad is at this level. Can they handle international rugby?

"The focus changes a little bit. It is important we try and finish in that top three, but also start thinking long term in terms of the development for the World Cup."