It was Ireland's best performance of the NatWest Six Nations so far and sets up a home clash with Scotland in two weeks' time, with a trip to London to face England follow.

Joe Schmidt made five changes to the side that beat Italy.

Elsewhere, Healy came in for Jack McGrath at loosehead and CJ Stander returned to the number 8 spot with Jack Conan on the bench. 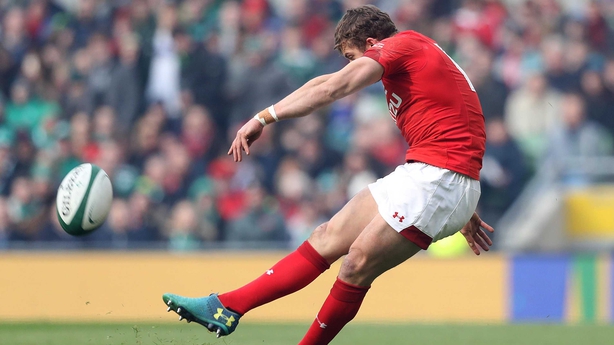 Wales had the boost of the return to fitness of their own Lions; Dan Biggar, Liam Williams and Leigh Halfpenny all taking their places in the backline.

Despite the worry over the loss of 93 Test caps worth of experience through injury, it was the incoming trio who led the line as Ireland dominating proceedings almost from the start.

However, it was Halfpenny who opened the scoring after just two minutes with a penalty when Aki went offside after a knock on.

Johnny Sexton had the chance to draw level from in front of the posts a minute later but his effort hit the woodwork.

But Wales failed to clear and following a series of phases close to the line, Sexton threaded a pass to Stockdale who applied a trademark finish in the corner for his seventh try in seven games.

Sexton missed the conversion and was off target again moments later when prop Rob Evans was penalised for offside. 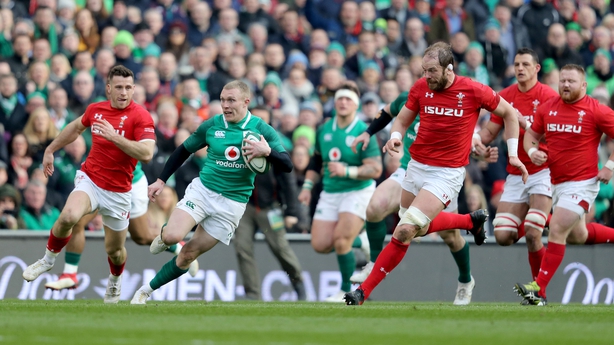 Down the other end Wales were clinical, scrum-half Gareth Davies took advantage of some hesitancy in the Irish defence to put the visitors ahead on 21 minutes, Halfpenny adding the extras to make it 10-5.

Then the TMO correctly overturned a scrum decision to award a penalty to Wales and the Scarlets full-back slotted the kick.

But Ireland responded with their best passage of play of the tournament so far and a Keith Earls break led to the concession of a penalty, which Sexton couldn't miss.

Wales went offside again as Ireland made their way up the field and sensing another score, piled the pressure on with Aki barging over after a perfect pop from Conor Murray.

For 78% possession and 84% territory, Ireland held a two-point lead at the break. 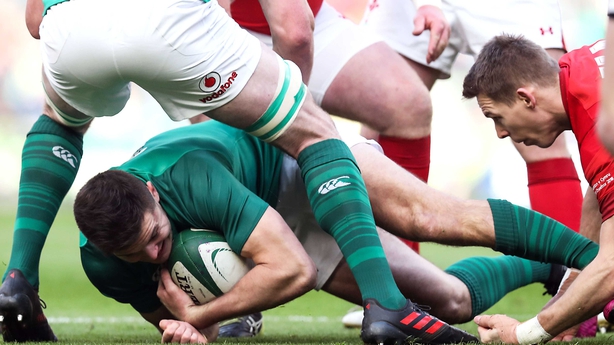 It was to get better quickly after Rob Kearney, Earls and Murray broke to set up a ruck close to the line and Leavy barged over under the posts.

Having scored just two tries in their previous three Six Nations games against Warren Gatland's side they had fourth by the 54th minute.

Next it was Healy's turn and the prop was on hand to finish off a move in the corner that featured clever work by Sexton and CJ Stander.

The out-half, however, couldn't find the distance from the touchline.

His radar was certainly off but his general play was outstanding and he was centrally involved in a turnover that almost led to an Earls try soon after.

But Wales were next to strike, Aaron Shingler going over in the corner after the visitors produced their best work of the afternoon, Halfpenny kicking the extras from the sideline to make it 27-20.

Sexton then spurned a chance to take three points, tapping quickly when the excellent Farrell, man of the match, won another penalty after carrying hard at the red defence. 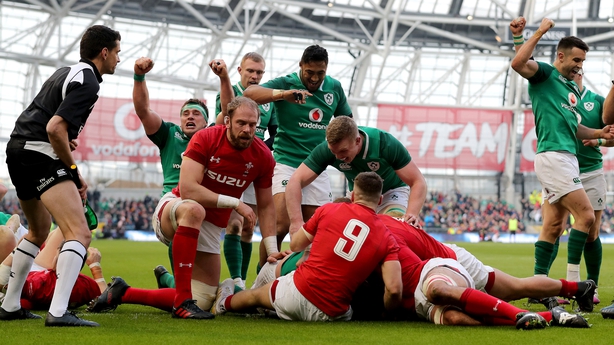 Ireland's new front row then won a scrum penalty and Murray took over the kicking duties to make it a 10-point game.

That comfortable margin didn't last long as Steff Evans crossed in the next passage of play to set up a tense finale but the hosts had the last say as Stockdale spotted the chance to intercept and coasted in under the posts to a huge cheer of relief and joy at a sold-out Aviva.