Scotland have no chance of catching Ireland by surprise thanks to the manner of their win over England, according to Hugo MacNeill.

The Scots sent Eddie Jones’s army homeward to think again courtesy of a 25-13 defeat at Murrayfield, their first win over England in a decade.

That leaves Gregor Townsend’s men on eight point, six behind leaders Ireland ahead of the Dublin clash in two weeks’ time.

"The good thing about Scotland’s performance is that they won’t catch us by surprise," he told RTÉ Sport.

"Had they gone out and played poorly...Ireland wouldn’t have been at the same pitch [for the Aviva clash].

"Looking at [the Scotland v England] game Ireland will know they have to match the intensity that they brought to the [Wales] game to win against Scotland.

"If they do there’s a massive prize

"Scotland were full value for that win. I think they’ll take a lot of heart [from that game].

"I can’t remember the last time Scotland were in contention in round four. Imagine the excitement around Scotland [they’re thinking] we’re going to Dublin and if we win this game we’re in [contention]."

Despite a man of the match showing from centre Chris Farrell, MacNeill says he would pick fit-again Garry Ringrose in the starting side.

The Leinster player, who has 11 international caps, has recovered from an ankle injury and featured against the Southern Kings on Friday night.

"He’s a very good player, he’s played in the national squad, he’s played a lot of Test matches, he’s a natural centre...he’s played all his life there and his instincts are that [of a 13].

"He’s played with Johnny Sexton...I would play him. But whoever plays, if they play like they did on Saturday, won’t let us down." 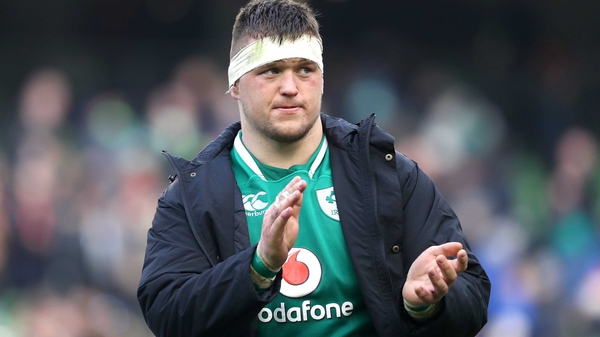 Porter: We owe Scotland one for last year Rugby