Jordan Larmour will start at full-back for Leinster when reigning Pro14 champions Scarlets visit the RDS tomorrow, while Gerbradt Grobler is set for his first Munster start away to the Cardiff Blues.

Jordi Murphy will make his 100th Leinster appearance while Adam Byrne makes his first start since knee surgery having come off the bench last weekend in Edinburgh, with James Lowe coming in on the left wing.

In the pack Ed Byrne and Michael Bent are joined by Seán Cronin, who also came off the bench against Italy last weekend, with Ross Molony and Scott Fardy again the locks selected by Cullen.

In the back row Josh Murphy and Max Deegan are again selected with Murphy coming in to the team at openside flanker for his landmark 100th appearance. 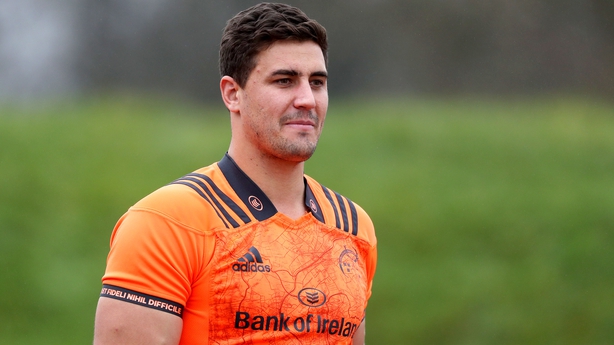 Johann van Graan makes 10 changes to his Munster team for the away trip to face Cardiff Blues (kick-off 5.30pm) tomorrow evening, with the most significant the inclusion of South African Gerbrandt Grobler for his first Pro14 start.

Grobler, who served a two-year ban for taking performance enhancing drugs, came off the bench in last weekend’s 33-5 rout of Zebre at Thomond Park.

Jack O’Donoghue will captain Munster for the first time as Van Graan changes two-thirds of the side that recorded the bonus-point victory last weekend.

24-year-old O'Donoghue becomes the first Waterford player to captain Munster in the professional era having previously captained Munster A along with Waterpark, Munster and Ireland at underage level.

Ireland international Rory Scannell comes back into the side to partner Sammy Arnold in the centres with Ian Keatley partnering Duncan Williams at half-back.

A new front row sees Dave Kilcoyne, Rhys Marshall and Stephen Archer all return to the starting XV, while Grobler will partner Darren O’Shea in the second row.

Captain O’Donoghue and number eight Robin Copeland, man-of-the-match against Zebre last week, keep their places in the back row with Chris Cloete coming into the team at openside flanker.

In the replacements, Tyler Bleyendaal returns from a neck injury and could make his first appearance since the Champions Cup clash in Castres last October. 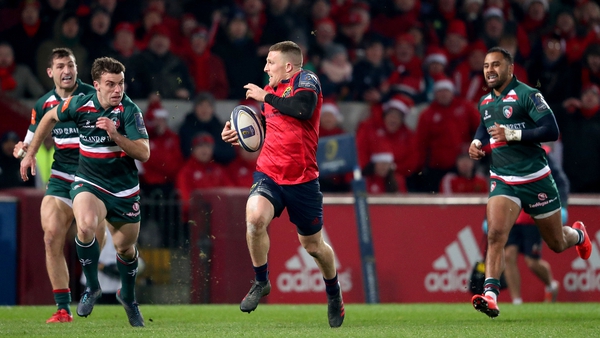 Andrew Conway commits to Munster until 2020