RTÉ Sport will have live coverage of the game on Saturday evening at Stade Ernest Wallon (kick-off 8pm) and Griggs has made a number of personnel changes.

Kim Flood is at full-back with Alison Miller joining Williams on the wing. Claire McLaughlin and Sene Naoupu make up the centre partnership while Niamh Briggs is at out-half and Ailsa Hughes named scrum-half.

In the forwards, Lindsay Peat, Cliodhna Moloney and Fiona Reidy make up the front row with Ciara Cooney and Orla Fitzsimons named in the second row. Anna Caplice and Claire Molloy will join Captain Ciara Griffin to complete the pack.

Here's the Ireland Women's team to play France in the first match of the @Womens6Nations #BRINGIT pic.twitter.com/SGqFyOjU88

"The opening game of this tournament is always going to be a challenge and France in front of their home crowd is immense," Griggs said.

"However, the squad have had good preparation over the last two weeks and are excited and focused on the challenge at hand to start our campaign off with a positive performance."

Watch live coverage of France v Ireland in the Women’s Six Nations on Saturday evening from 7.30pm on RTÉ 2 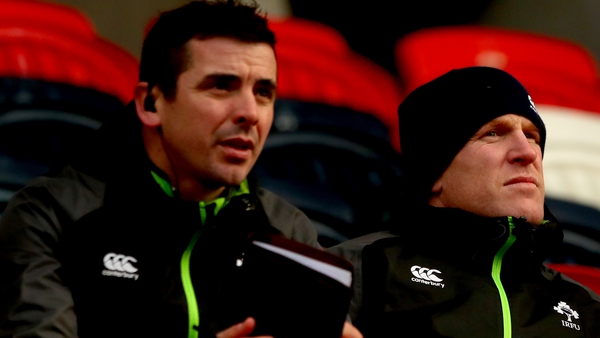