Beirne has been shortlisted for the European Player of the Year award after a string of compelling Champions Cup performances with the Scarlets.

The 26-year-old will join Munster in the summer, and his return to Ireland will allow head coach Schmidt to select him for Test action unencumbered.

Ireland have an unwritten rule of overlooking overseas-based stars, but Schmidt insisted he may yet bring Beirne into the Six Nations equation.

"I wouldn't rule him out completely, but it is complicated, just that backwards and forwards," said Schmidt, of possibly selecting Beirne during the Six Nations.

"We have those camp weeks where he'd have to go back and be available for Scarlets.

"That intermittent involvement with the squad, when it's your first involvement, that's one of the things that tipped the balance away from him.

"It's a complex one when people are playing away from Ireland; it's super that he's committed to coming back to Munster next year. "The problem with Tadhg is that if we take him to Spain we're required to make him back available for the Scarlets.

"He's played 1,350 minutes already this season, our players don't really play so much. But that's because he's so resilient and because he plays so well, I thought he was huge in the last two games.

"It just is a little bit complicated but that will cease at the end of the season, and that will then provide an opportunity." 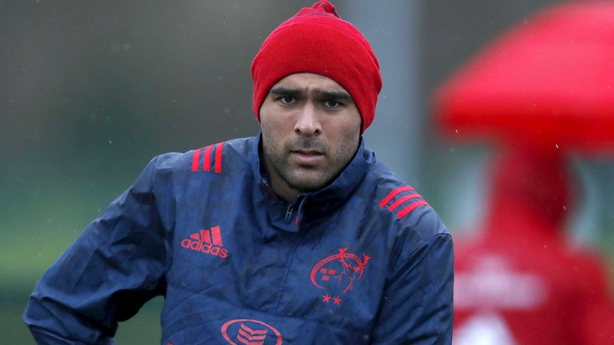 Schmidt insisted that Simon Zebo's omission from the squad was based on form - "he didn't have a great day in Paris (against Racing 92) a couple of weeks ago" - rather than his departure from Munster, and says he remains in consideration for the rest of the tournament.

"The first time he was in camp was probably 16 months ago, we've spent a bit of time having him in," said Schmidt, of Larmour.

"It's potentially a chance now to accelerate his progress into a matchday squad and a starting XV.

"The most visible things are his ability to accelerate and change direction, but he's skilful, effective in the air, good passing skills and commits to the physical as well. He's a really good kid and that's appealing as well."

Ulster wing Jacob Stockdale should recover from a knock just in time for the France encounter, however.

"Dave won't make the first match, he may come into contention for the second match, I think," said Schmidt, of Kilcoyne.

"He would be a real outside chance for the first game.

"Jacob should be right to train by the end of this week and then he'd be in the mix for France." 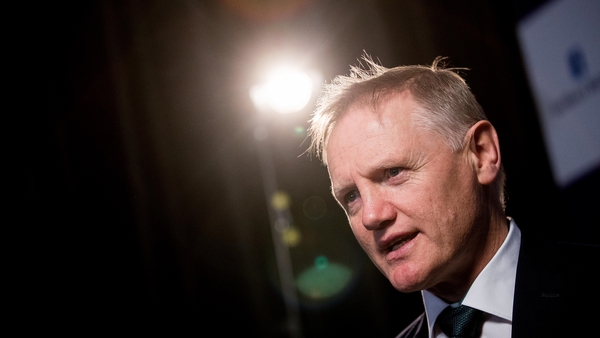