Connacht coach Kieran Keane was delighted with his side's quick start after they romped to victory against Oyonnax in their final Challenge Cup pool game in the Sportsground.

The hosts racked up eight tries en route to a half century of points, ultimately winning on a scoreline of 50-14.

Backs coach Nigel Carolan said earlier in the week that Connacht hadn't been efficient in converting opportunities early in games. The Connacht players evidently took to the pitch with those words ringing in their ears, as they registered two tries in the opening three minutes, and managed to reach the bonus point territory of four tries before the 20th minute.

Niyi Adeolokun was to the fore, scoring Connacht's opening two tries in the blink of an eye and completing his hat-trick only 31 minutes in. In between, Bundee Aki and Tiernan O'Halloran had crossed the whitewash to put further hurt on the visitors. Matt Healy added the westerner's sixth try on the 33rd minute.

The frenetic scoring rate wasn't maintained in the second period but Tom Farrell scored another five-pointer on the 66th minute and a penalty try arrived five minutes from time.

"I think we'll be tough to beat here"

"Honestly, it was a perfect start and we definitely put a lot of importance on improving our starts. And on this occasion, it was a brilliant start.

"I think we'll be tough to beat here. We're looking forward to it. Could be Gloucester, could be Cardiff, I'm not sure. We're not really worried about either (team)." 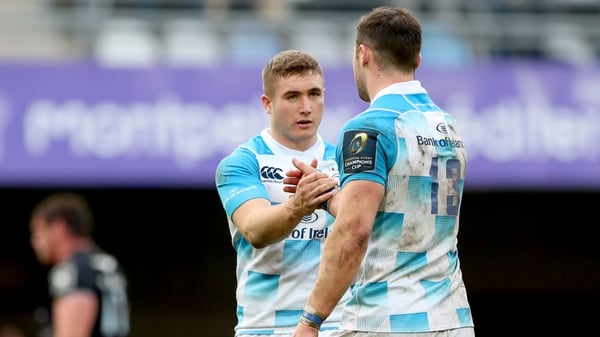