The tributes poured in for Ireland winger Tommy Bowe after he announced his plans to retire at the end of this season with a tweeted poem last night.

On Tuesday, Munster pair Conor Murray and Peter O'Mahony chimed in with their own tributes, as the 33-year-old Monaghan man comes to the end of a career studded with memorable highs.

Bowe was part of two Lions tours, in 2009 and 2013, and will forever be intrinsically linked with Ireland's Grand Slam-clinching '09 victory in Wales, his brilliant try proving crucial in a famous win.

Murray was struck by the Monaghan man's humility when, as a fresh-faced rising talent, he first came into the Irish dressing-room.

"When I first came into the Ireland squad I was 21, it was an intimidating environment to come into and he was one of the first lads to come up and have a normal chat with me.

"He put me at ease. It was 2011, he was flying high, one of the best wingers in the world. For someone like that to come and chat to you... it just speaks volumes of the person (he is).

"The Grand Slam memories, the Lions memories - he's done it all.

"It's the end of one chapter, I'm sure he'll go on to TV shows and fashion or whatever else he's in to, and he'll nail that too. So thanks for everything Tommy and best of luck." 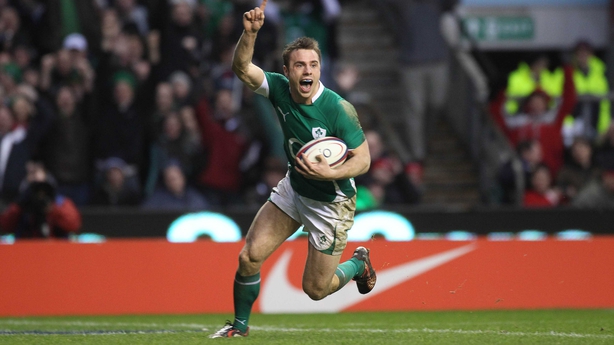 O'Mahony echoed those sentiments. The Munster captain was also taken by the Bowe's affable character and approachability, traits underpinned by a supreme talent.

"He would have been in a lot of the Irish teams that I would have followed as a younger fella," added O'Mahony.

"The stand-out tries that he scored, the Grand Slam year, and then to have the honour of playing alongside a player of that quality for a big chuck of my Tests was a massive honour. A guy with that ability, two Lions tours.

"Not just that, but a good guy, a nice fella, very welcoming to younger players, good fun to have around the place.

"An incredibly decorated career. I wish him all the best in his retirement at the end of year, but it is the end of the year, so we will hopefully see a bit more of him before that."

Ex-Wales and Lions tighthead Adam Jones, who played with and against Bowe, tweeted: "Great craic on and off the field! One of the best I've seen and played with."

Simon Zebo wrote: "Congrats brother, Not a bad old career in fairness. One of the best to ever do it."

While Bernard Jackamn described him as a "legend on and off the field. Enjoy the rest of the season and your next steps."