The Ireland international sent a timely reminder to Joe Schmidt with the Six Nations on the horizon with a colossal showing in the 21-18 victory at the RDS that moves Leinster to within two points of conference leaders Scarlets.

The 24-year-old made an incredible 34 tackles, and significantly didn’t miss any in an all-action 80 minute performance, with Leinster repelling a 28-phase Connacht attack in the final play of the game to hold on for victory.

💪This is @joshvdf making one of his 34 tackles v @connachtrugby
🔒34 tackles is a @PRO14Official record since @OptaJonny began tracking those stats in 2010.

It is a record number of tackles since the stat was first recorded in 2010.

In a highly competitive area in the Leinster squad, the Wicklow native has again enjoyed a fine season, making 59 tackles and claiming eight turnovers in his eight outings to date. 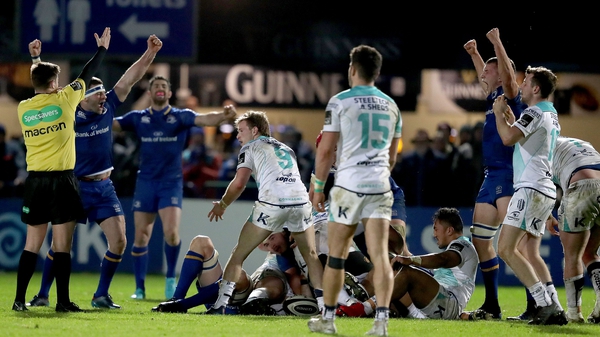