Leinster withstood a late onslaught to extend their hoodoo over Connacht with a hard-earned 21-18 interprovincial win at the RDS.

Four tries were evenly shared on a crisp night in Dublin, with Max Deegan and Finlay Bealham going over at either end in the opening 40 minutes and Luke McGrath and Matt Healy getting their names on the scoresheet after the interval.

Connacht led 13-11 at half-time and enjoyed a 28-phase attack in eight gripping minutes of added time, but couldn't get the crucial score to come away with at least a draw.

Without an away win against Leinster since 2002, the visitors made a bright start with the strong wind at their backs.

Jack Carty’s restart was regathered and referee Ben Whitehouse stuck his arm out and the out-half had the simple task of kicking his team ahead with less than two minutes on the clock from close range. 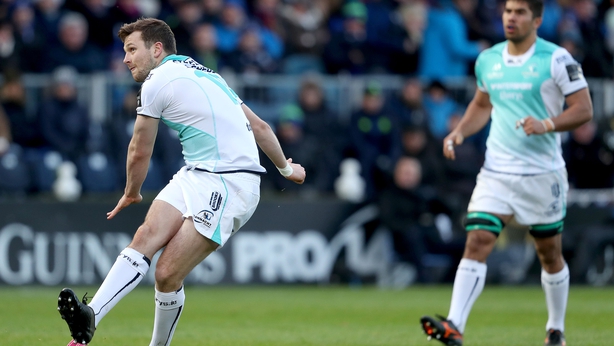 The weather conditions dictated that Leo Cullen’s side were forced to run from deep, but from the early stages this looked likely to be a potentially rewarding policy.

Fergus McFadden found space in midfield after six minutes and James Lowe carried on the break.

In his first home appearance for Leinster he brushed past Tiernan O’Halloran before the scramble defence came to Connacht’s rescue. The inevitable penalty came soon after and Johnny Sexton, one of 13 team changes from the side that defeated Munster last time out, restored parity.

Dan Leavy began 2018 carrying over his form of the previous 12 months with two early turnovers and Luke McGrath stretched the Connacht defensive line with a typical sniping break.

He sprinted down the left wing and fed Rob Kearney who seemed destined for the try line before he was hauled just short of the whitewash by his international team-mate Kieran Marmion. Sexton added a second penalty and it was backs to the wall for the visitors.

Another eye-catching break saw Lowe fend off the first challenge and before he could be grounded by Tiernan O’Halloran, the Kiwi off-loaded to Johnny Sexton who in turn had McGrath on a support line. The scrum-half was thwarted, but the opening try of the game came just a minute later. 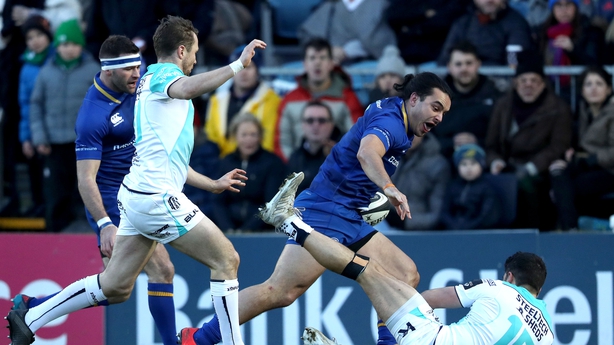 Noel Reid played a one-two with Lowe, with the return pass another piece of magic from the New Zealander. He was spun around in the tackle, but the pass went out the backdoor to Reid who fed Max Deegan to dart over in the corner on the half hour mark.

It looked like damage limitation at that point even with the wind at their backs, but somewhat against the run of play, Kieran Keane’s side entered the break in the lead. Carty added a second penalty before Finlay Bealham burrowed over in the final minute to lead 13-11. 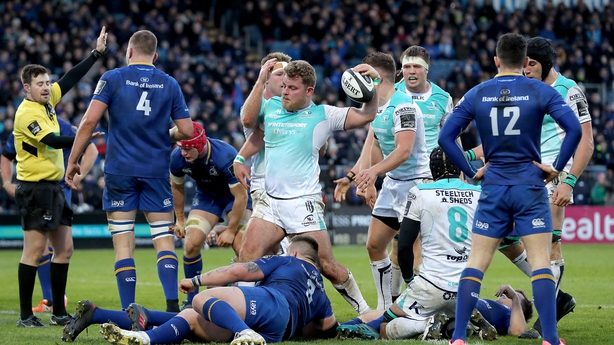 Johnny Sexton’s booming penalty from five metres within his own half was the only score for the opening 20 minutes of the second half, before McGrath’s close range effort looked to put the game to bed as the home side led 21-13.

Connacht had lost their last six away games coming into the fixture but refused to throw in the towel and Matt Healy’s 69th-minute effort made for a grandstand finish.

A monster tackle from Scott Fardy repelled the Connacht momentum, but they recycled and managed to fling the ball out on the left wing to Healy who sidestepped Rob Kearney, cut inside Johnny Sexton and brushed past Fardy for a superb individual finish. 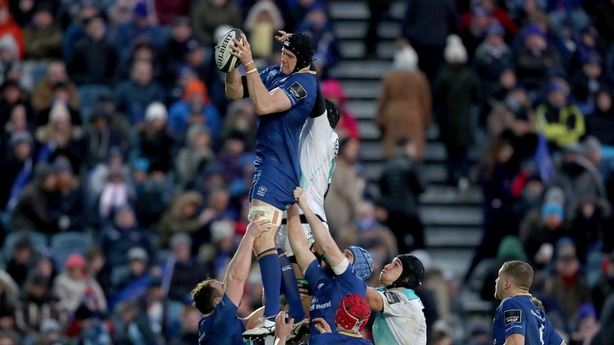 Carty’s miss ensured a three-point gap, but with the clock ticking into the red, the 2016 champions mounted one final attack.

Eight minutes and 27 phases later Whitehouse blew his whistle in favour of the home side for a hard-earned win that moves Leinster to within two points of Scarlets in Conference B.

The defeat is Connacht’s eight of the league campaign, with only Zebre and Ospreys beneath them in Conference A. 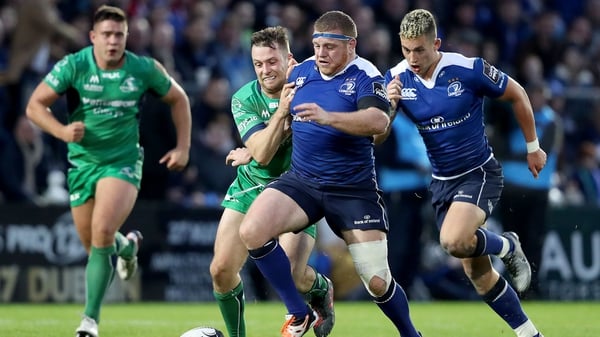 Leinster ring the changes for visit of in-form Connacht