Munster head coach Johann van Graan admitted that Sammy Arnold left referee Sean Gallagher "with no other choice" than to brandish a red card in the Pro14 defeat to Ulster at Kingspan Stadium.

Les Kiss’ side battled back from a 17-0 interval deficit to score 24 unanswered points and claim the inter-provincial bragging rights.

A key moment arrived in the game in the 58th minute when Darren Cave raced through to reduce the deficit to five points. Worse was to follow when, with the assistance of the TMO, Gallagher adjudged that former Ulster man Arnold hit Christian Leali'ifano with high and dangerous tackle in the build-up.

Van Graan had little quibble with the decision by the match official.

"If you lose a yellow and red card, it is your own downfall," he told RTÉ Sport.

"It was never the intention of Sammy to hit Christian there [head]. Unfortunately his arm slipped up and left the referee with no other choice but to red card him.

"We’ll have to improve." 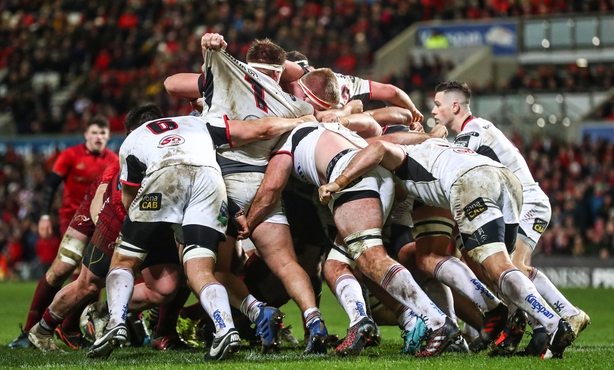 It had began so well for the visitors, with Niall Scannell going over twice as part of a dominant pack which also engineered a penalty try.

"We played fantastic rugby in the first half. We probably lost a few points out there., one or two goal kicks that could have gone over which would have put us in front a bit more."

What a brilliant second half from @UlsterRugby 👏 👏 👏

Van Graan conceded that Munster were in part architects of their own downfall with Billy Holland and Fineen Wycherley spending time in the sin-bin, coupled with injuries to key personnel.

"Like I said before, can’t fault the effort, unfortunately our discipline let us down"

"Then the yellow and red card. This is a 15-man game. We need 15 players on the field. We got punished for that.

"Like I said before, can’t fault the effort, unfortunately our discipline let us down." 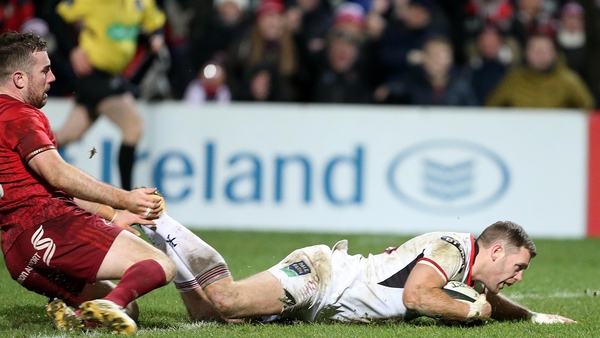