"It's an eighty-minute game, we got the money and we got the bonus point".

The words of Ulster Director of Rugby in the aftermath of his side's stunning New Year's Day victory over Munster in the Pro14.

Trailing 17-0 at half-time, Ulster, through tries from Craig Gilroy (2), Darren Cave and Rob Lyttle in the second period, stormed back to win 24-17 at Kingspan Stadium.

Just nine days on from the mauling by Connacht in the Sportsground, Kiss was at pains to point out that a bounce back was required. 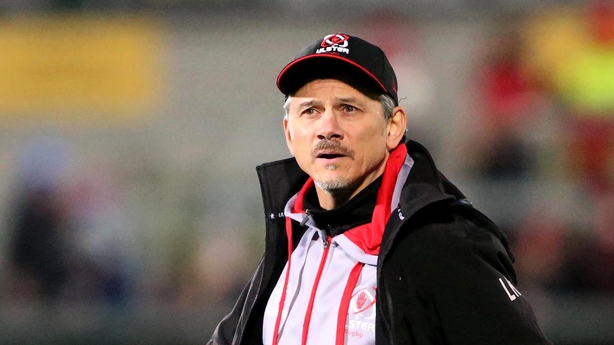 He told RTÉ Sport: "Connacht are good side, they put it up to Leinster today, but the whole organisation, the whole squad were hurting after what happened in Galway.

"They had to be a response. In the first-half today, maybe we pushed too hard. In the second half, we made strong choices at the right time and had a greater trust in what we were doing."

When asked what the message was at half-time, Kiss added: "It was about looking after the ball and when we make a break let's not try and get the easy score, let's work hard for the hard score. That was the simple message at half-time.

"We also had to use the width of the pitch better.

"It was nice to get that expression into the edges that bit more in the second period."

"After they went down to 14 men (Sammy Arnold red card), we put the right pressure on. It was about making sure we did enough with the ball in hand to put the pressure on. We did that enough times in the second half."