Bernard Jackman believes the strength of Irish rugby depends on the policy of not picking players who don't ply their trade on the Emerald Isle, and said it's the only way our provinces and national side can compete.

Confirmation of Simon Zebo's departure to Racing 92 next summer once again blew open the debate, as the Munster man effectively sacrificed the chance to play in a World Cup for a fresh challenge and healthier salary.

With speculation mounting that Munster captain Peter O’Mahony could follow Zebo in a move abroad, and a slew of other top players out of contract next summer, fears of an exodus are growing.

"I know the agents and the players will look to play on the fact that Simon has left and try and create that uncertainty, but I do think Irish players tend to stay," he told RTÉ 2fm's Game On.

"If we don't have the lure of international rugby a lot more players will be playing in the Aviva Premiership or the Top 14.

"Our kids and rugby fans in Ireland will only be able to see the best players in international games.

"We're never going to be able to compete with the money on offer." 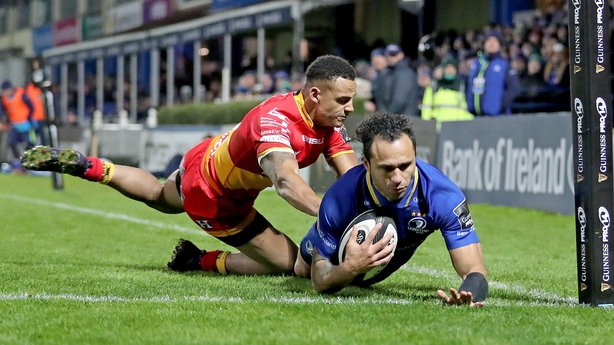 Dragons host Ulster in the Pro14 on Friday night desperate to atone for last week's 54-10 drubbing against Leinster.

Jackman admitted his charges "let themselves down" at the RDS, but expects a backlash.

"We're at home. We've only had four homes this season and nine away. There's a bit of a buzz. The boys are hurt. They realised they missed a bit of an opportunity.

"There's a little bit of embarrassment and shame. We like to think we'll have a different emotional edge and mental focus."