Ireland internationals Luke Marshall, Rob Herring and Kieran Treadwell have all signed three-year contract extensions with Ulster to keep them at Kingspan Stadium until the summer of 2021.

Marshall enjoyed a breakthrough season in 2010/11 and was called up to the Irish squad for the 2012 Autumn Series and a few months later, made his senior international debut in the Six Nations against Scotland. He has since added a further 10 caps to his name.

Herring joined Ulster in 2012 and made his debut in August of the same year, against Glasgow.

The South African born hooker has made 129 appearances for Ulster and captained the side on numerous occasions during the 2015/16 and 2016/17 seasons.

The 27-year-old made his international bow for Ireland in June 2014 in a Summer Tour match versus Argentina. He earned two more caps earlier this month, making a try-scoring contribution in the historic 38-3 win over South Africa. 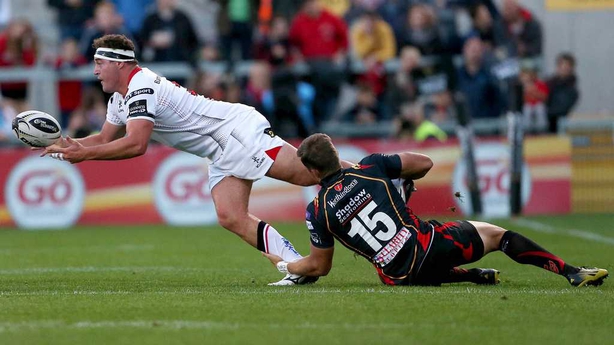 Treadwell moved to Ulster ahead of the 2016/17 season, having come through the ranks at Premiership club Harlequins.

He represented England at U20 level but qualifies for Ireland through his Irish mother.

An impressive debut season with Ulster led to a call up to Joe Schmidt's senior Ireland squad earlier this year. The powerful lock played twice against Japan in June and added a further cap, against Fiji, on 18 November.

Director of Rugby Les Kiss is delighted to have secured the futures of the trio.

"Luke has been one of our most consistent players in recent years; he's a robust presence in our midfield and is a brilliant link man in both attack and defence," he said.

"He is a passionate about rugby in Ulster and I think that is evident not only in his performances on the pitch, but also in the way he contributes so positively to the local rugby community.

"Rob and Kieran have also been in excellent form this season and I was delighted to see them earn recalls into the national squad for this month's fixtures." 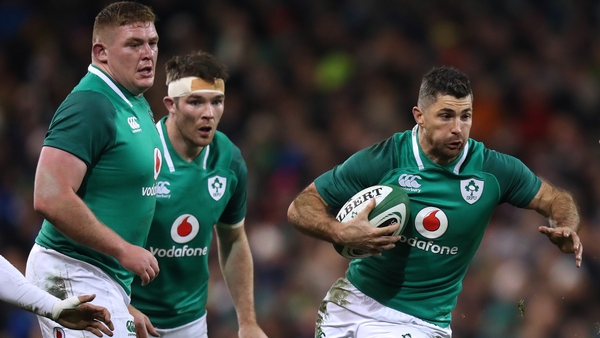 Key Irish rugby players out of contract next summer