Ireland captain Rhys Ruddock has challenged his team-mates to live up to last weekend’s performance against South Africa, as Joe Schmidt’s side face Fiji on Saturday.

Ireland romped to a 38-3 victory over the Springboks last weekend but most of the players who started that game will be rested against the Fijians.

In all, Schmidt has made 13 changes to his side, but Ruddock insists that standards cannot drop and has told the in-coming players to seize their chance to impress and put pressure on the more regular starters.

"We’ve spoken about it being a massive opportunity, there’s huge responsibility on every one of us who’s stepping in to fill the shoes of what was a great team performance last week," the Irish captain told RTÉ Sport.

"It’s a massive responsibility but from the way we’ve prepared so far this week we can take confidence from that, and there’s a massive excitement in terms of taking the mantle on and going on from what the team produced last week and putting out own stamp on it as well." 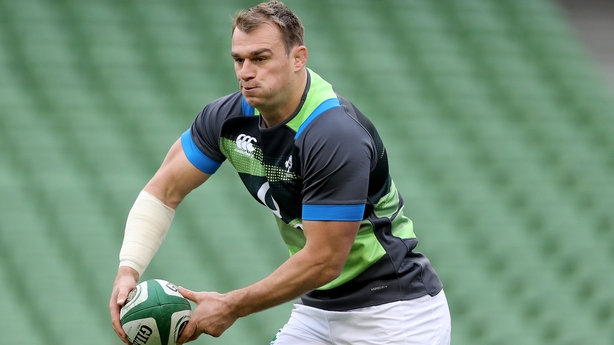 For Ruddock the game represents the first time he gets to lead out his country at home and it’s an occasion he’s looking forward to.

He said: "I was lucky enough to have the honour of captaining the team in the summer tour and it was a massive privilege and a great experience so to be able to get that honour again, at home in front of a full Aviva Stadium is massive.

"The main thing in my mind is making sure I do everything I can and we do everything we can to get a win and a positive result tomorrow.

"I only found out this week and preparation has been intense.

"I’ve had a lot to think about other than the honour of captaining. It’s more about the preparation of myself and the team and making sure I’m ready to play what’s going to be a tough test match." 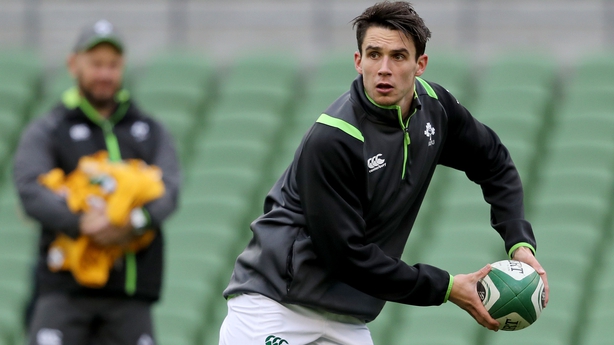 However, while it’s Ruddock who led the captain’s run, he admitted that he has some up and coming competition in Joey Carbery who will make just his second Test start on Saturday.

"We've got a massive amount of faith in Joey," said the 27-year-old.

"In training he runs rings around me, he's a quality player, and the leadership he's shown this week.

"It would be tough for anyone to fill Johnny Sexton's shoes but he's doing a great job. They call this training session the captain's run, but this was more Joey's run.

"He can galvanise the players and show what he can get out of the players.

"It's to the credit of Joey and (Kieran) Marmion, the guys who will put the shape on what we do.

"He's just composed and making sure everyone's clear with what we're doing. And that transcends through the group.

"It is tough to lead when you're young, but that's the job of the 10. He's been exposed to training alongside and with some of the best players in that position.

"He's developed into a superb player himself. And that's credit to him with the work he's done and how he's been able to learn so fast."

Live coverage of Ireland v Fiji begins on Saturday on RTÉ 2 television and RTÉ Player at 4.30. Live commentary is on RTÉ Radio 1’s Saturday Sport, which starts at 2.45, and you can follow all of the build-up and action on our live blog online at rte.ie/sport and on the News Now app.