Leinster welcome Montpellier to the RDS on Saturday and Munster travel to Castres on Sunday, with both looking to follow in Ulster's footsteps after they opened with a win against Wasps on Friday night.

Lenihan believes there's a tricky task in store for Leinster who take on Montpellier, a team that sit second in the Top 14 and one which have made big improvements to their squad recently.

"This Montpellier side have invested well over the summer, with Aaron Cruden, Ruan Pienaar and Louis Picamoles coming into that 8, 9, 10 slot," Lenihan said.

"But I think the most significant signing has been Verne Cotter as coach. I think he could well have the same impact on Montpellier as Joe Schmidt had on Leinster when he joined a number of years ago.

"Montpellier have always had really strong individuals but it’s as a collective where they’ve really fallen down.

"The last time they were in the RDS, Leinster beat them 57-3, I don’t think we’re going to see anything like that, it’s going to be a really competitive game.

"Leinster are in a good position at the moment and playing at home, you’d have to fancy them to win, but I think this game is going to be really tight." 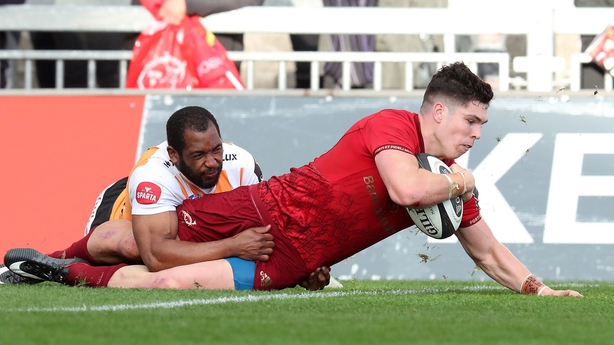 Looking ahead to Sunday’s game, Lenihan expects to see a much more disciplined display from Munster after they lost to Leinster last week with their high penalty count gifting the rivals far too many points from the boot.

However, the former Ireland international believes that Munster will be very much the underdogs in France.

"The management certainly seemed to address that during their press conference this week. I think they pointed the finger at indiscipline rather than any lack of effort from the players.

"I don’t think Munster could ever be accused of lacking effort going out playing against Leinster, but they would have been disappointed with a lot of aspects of their play.

"There’s a lot of uncertainty around their 10, 12 and 13 selections at the moment. I think that when the side is announced Rassie Erasmus will revert to type with Tyler Bleyendaal at 10, Rory Scannell at 12 and Chris Farrell at 13.

"Castres is a difficult place to go. Leinster, after that 57-3 defeat of Montpellier last year, went to Castres the following week and were lucky to get away with a 24-24 draw.

"Their form has been shocking be in the Top 14, they’ve only won two out of seven and they’re 11th in the league. But the most significant thing for me, their last home game was against the champions Clermont and they won that 29-23.

"I think Munster would be thrilled if they could get out of there will a win but I think they might have to settle for a losing bonus."