Leinster and Ireland great Willie Duggan, one of the finest players this country has ever produced, has passed away aged 67.

He died in his home in Dunmore, Co Kilkenny after a suspected heart attack.

Duggan, a brilliant No 8 for both province and country, also played on the Lions 1977 tour to New Zealand, featuring in all four Tests against the All Blacks in a 3-1 series loss.

A much-admired character in the game, Duggan played 41 times for Ireland - scoring two tries. He also had the dubious honour, along with Wales' Geoff Wheel of being the first player to be sent off during a Five Nations game.

Scottish referee Norman Samson sent both men for an early bath following some fisticuffs at a lineout during the 1977 encounter at Cardiff Arms Park.

Not that Duggan ever admitted to being sent off. Instead, as the late, great Moss Keane recalled it, Samson simply asked his team-mate to vacate the playing area.

"Duggan always maintained he was never sent off," said Keane. "He said to me the referee came towards him and said would he mind leaving the field? 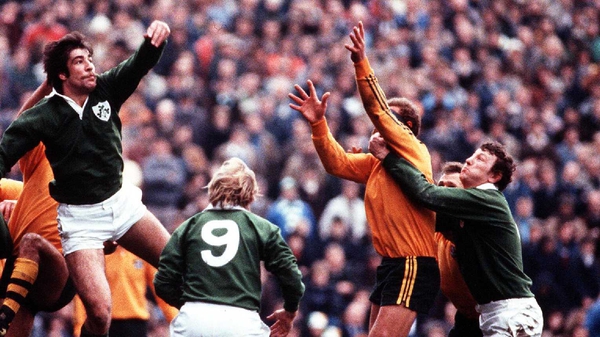 'One of the iconic figures' - Donal Lenihan