It wasn't the perfect performance, but it was certainly the desired result for Ireland's Women team and so it's onwards and upwards for Tom Tierney's team as their Rugby World Cup campaign got off to a winning start.

Last week the Ireland head coach preached the importance of a positive opening in what is a tricky looking Pool C.

Not only to build on the feel-good factor as hosts in a group containing teams either side of them in the world rankings – Ireland are fifth, sandwiched between France and Australia – but to ensure they remain in the hunt for a top spot, the only guarantee of making the semi-finals.

"It’s absolutely critical to nail the first game," Tierney told reporters. They did, but it was in the melting pot right until the death.

Aside from the Irish fixture, the average winning margin in the other five matches on the opening day was more than 50 points. The first day of competition for the most part lacked exactly that, serious competition, but it wasn’t an issue in the final game at the UCD Bowl.

Player of the Match Marie Louise Reilly on the desire for "consistency" ahead of upcoming test in the World Cup #rterugby pic.twitter.com/afNRQNRV1l

There were glimpses of individual brilliance – Marie Louise Reilly was a colossus in the second row, Lindsay Peat continued her excellent 2017 form, Sene Naoupu was a rock in midfield and Ali Miller carried with intent every time the winger was brought into play, not to mention to impact off the replacements bench – but it was the collective effort that eventually won through.

The word "resilience" was the buzz word from players and management post-match and for good reason.

It wasn’t perfect by any stretch. Mistakes were more common than management would have liked, with Tierney admitting that the level of expectation placed on his team was a factor. The five intensive training sessions since getting together in camp on Saturday may also have contributed to the execution levels at times, being a little askew. 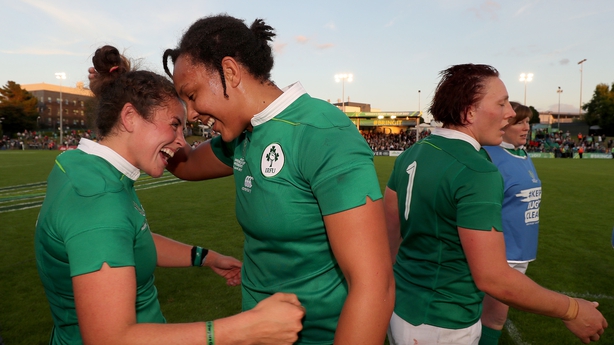 "The way we have been training, it has been to a level where nothing can be harder than that," Sophie Spence, who along with Ciara Griffin, made a try-scoring contribution off the bench.

On the other side Australia could rightly claim to being a little rusty – it was just their sixth Test since finishing seventh in the 2014 World Cup. Three of those came in June.

What will please Tierney and his management team no end is that this was a victory to instil major confidence. Not only in the manner of the win, but because the Wallaroos asked questions throughout.

They made more metres, and were ahead of Ireland for clean breaks and offloads, but were often undone at the set-piece, an issue they failed to rectify from their three defeats in June.

Still the margins were fine.

Indeed had Samantha Treherne converted either of her conversion misses – the second in particular a poor dragged effort wide of the posts – it could have made for an altogether different outlook heading into Sunday’s clash with Japan.

The physical effects will be taxing on the squad, but there is little time to rest on their laurels, though the fact it is the Japanese, rather than Six Nations rivals France, has been a slice of fortune.

They conceded 12 tries in their 72-14 defeat – France touched down in the opening minute – in their first sobering taste of the competition in 15 years. 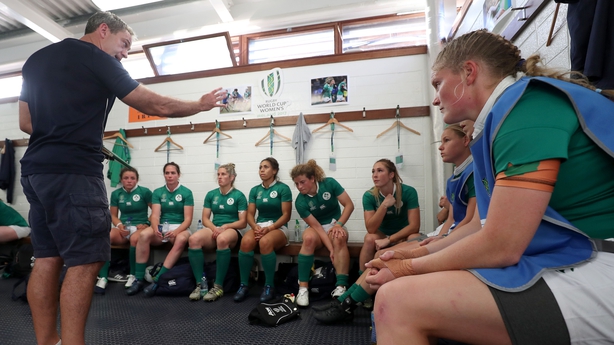 "While the girls did a lot of good things, there were areas that we need to tighten up on. We have to do that against Japan," Tierney cautioned.

"That’s going to be a different proposition again. We have to be more clinical, especially at the breakdown where physically we were under pressure against the Australians."

It’s more likely that the coach wants these issues resolved looking at the bigger picture rather than just the challenge likely to be posed by the Asians.

"We know Japan are going to be physical and low at the breakdown, very strong at set-piece. We need to be dominant," Spence added post-match.

Bigger challenges lie ahead as they aim to better the fourth-place finish of three years ago, but the first hurdle has been cleared.

Day one was all about building on the momentum behind the team and they, along with the fans, kept up their side of the bargain. 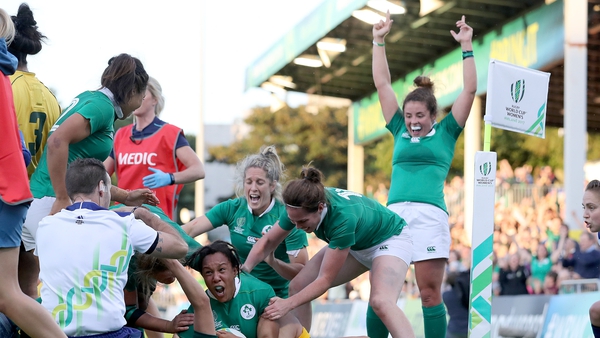