Courtney Lawes will aim to put himself in the Lions Test selection shop window on Tuesday when the tourists complete their schedule of midweek matches.

With Lions head coach Warren Gatland likely to make changes in the pack following last Saturday's first Test defeat against New Zealand, England lock Lawes and second row partner Iain Henderson could be among those who force themselves into contention.

Backs Liam Williams and Elliot Daly both made the first Test team after impressing against the Chiefs a week ago, which has upped the ante for those players involved against the Hurricanes at Westpac Stadium (8.35am, live blog on RTÉ.ie and live radio commentary).

Lawes and Henderson both bring a physical approach as their calling card - either in the starting line-up or off the bench - and that could be exactly what the Lions need after New Zealand dominated the collisions and physical battle in Auckland three days ago.

"He said to keep your head on and keep on putting in performances. 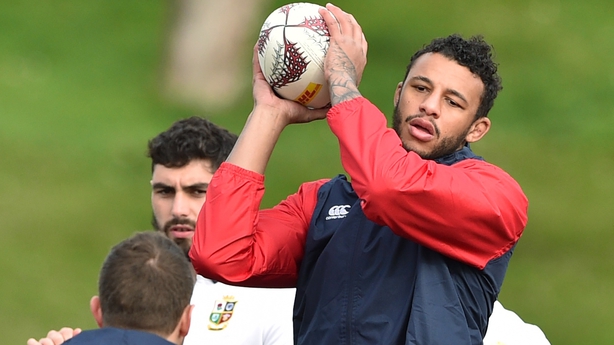 "I said before I came here that I wanted to be in the Test team, but unfortunately I wasn't able to get myself into the first Test.

"But on Tuesday, I am just going to do what I've been doing all season.

"I don't think you get to this level without having a certain level of physicality. That is an area of my game that is up there, I suppose. But will it get me selected? We'll see."

Only twice before - in 1899 and 1989 - have the Lions won a Test series after going 1-0 down, and if they fail to strike an equalising victory on Saturday, then the All Blacks series will be all over one game inside the distance.

"It's a final," 58 times-capped Lawes added. "There is no second chance for us.

"I don't think it's necessarily that we got absolutely dominated up-front (in the first Test) and they smashed us in the scrum and whatever.

"They've got really good footwork, and they hit good lines. That meant they got over the line – they didn't necessarily just knock us over left, right and centre.

"But of course, we don't want them getting anywhere near the gain-line, so that is something for us to sort out – probably technically as much as physically - and also in terms of attitude, as Gats said. That is something we will have a look at in a lot of detail this week.

"Everyone wants to get off the line and hit people, especially when you're in that kind of game. It's about being able to create the opportunities for yourself and people around you to make big hits and not let them get over the back-line.

"We are not happy with a loss at all. There were patches of that game where we were doing well. If a couple of passes had stuck, it could have been a different outcome, but that's rugby.

"But we are looking to put it right this weekend."