Lions head coach Warren Gatland admitted that defeat to the Highlanders was a ‘step back’ for his side as they continue to build towards the first test with New Zealand on June 24.

Replacement fly-half Marty Banks slotted a 74th-minute penalty to give the Highlanders a dramatic 23-22 victory, with Owen Farrell missing a late penalty to put his side back in front.

It was the second loss of the 10-match tour for Gatland's side, who scored tries through Jonathan Joseph, Tommy Seymour and captain Sam Warburton.

Gatland was unhappy with his team’s approach to game management as they threw away a nine-point lead, but he also praised the Highlanders’ fighting spirit.

"The players mentioned it in the changing room afterwards that at 22-13 they felt comfortable but the thing about New Zealand teams is that they play for the full 80 minutes and they keep putting you under pressure," he said.

"I thought it was a step backwards from all the good stuff that was done on Saturday night. Tonight we just shot ourselves in the foot."

"We were under some pressure on our goal-line for some time but we did really well, we got a turnover and kicked out and unfortunately we gave away a penalty at the very next line-out which they were able to kick to the 5m line and score from.

"I thought it was a step backwards from all the good stuff that was done on Saturday night. Tonight we just shot ourselves in the foot a little bit and we need to learn from that."

Courtney Lawes went off with a nasty-looking head injury. Gatland said the Northampton lock is recovering well, but will now go through the head-injury protocols.

Rhys Webb suffered a bang to his leg, but otherwise the Lions have no fresh injuries.

"Rhys just has a haematoma, he's fine," said Gatland. "And Courtney will go through the HIA protocols." 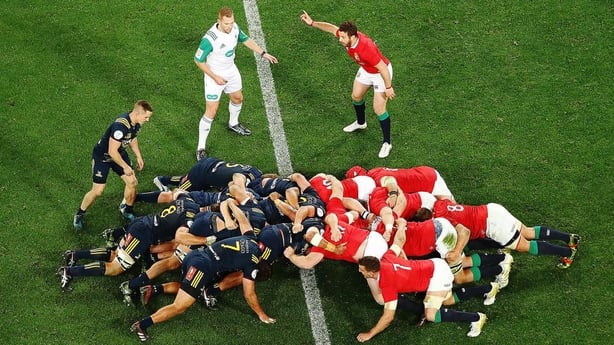 Asked if the scrum had cost the Lions the match, Gatland said: "It has. And I thought in the first half there were one or two scrums where we put them under pressure.

"I disagree with the first scrum penalty in the 22. But yes overall they did get on top of us and we need to make sure we go and work hard over the next couple of weeks to make sure we rectify it if there's an issue at scrum time.

"It's about staying alive for every moment. If you do switch off they take advantage.

"We've just been caught on one or two occasions, and I think the players will learn from those occasions."

Despite the second defeat, Gatland is pleased with the quality of the opposition his side have faced so far this summer and is confident that taking on teams like Highlanders and the Blues will stand to the Lions when the face New Zealand. 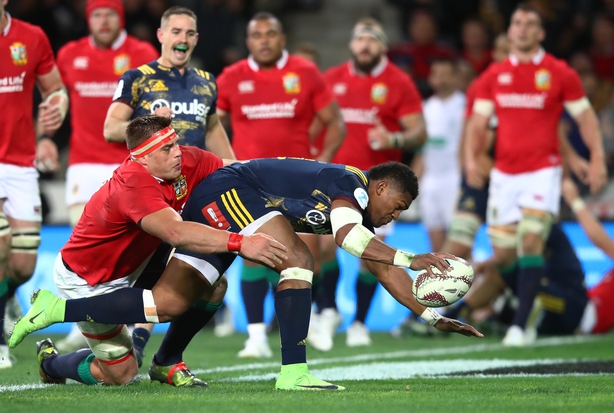 "We’ve got another tough game at the weekend and we spoke about the schedule in coming to New Zealand," he said.

"It’s great preparation for us and you want to win those tight ones but unfortunately for us we lost by a point and Owen Farrell is very disappointed he didn’t kick a penalty he’d normally kick over and that’s been the difference between the two sides."

One thing that Gatland will have to address in his side’s high penalty count, which has been an issue so far in this tour.

"The penalty count was probably a little heavy," he admitted. "It was heavy in the last quarter and we need to address that and we spoke about nailing big moments, so there’s one or two moments we need to keep improving on.

"That’s going to be the difference between winning and losing the test match."