Charlie Faumuina has warned the British and Irish Lions that the All Blacks are an even meaner animal courtesy of their shock defeat to Ireland in Chicago.

New Zealand prop Faumuina will face the Lions in Blues colours in Auckland on Wednesday (Live commentary on RTÉ Radio 1 extra and online, live blog online), some 17 days out from the first Test.

The Lions are scrambling to build their attacking identity, but will doubtless base elements of their vision on Ireland's stunning 40-29 triumph over the All Blacks at Soldier Field in November.

Faumuina admitted their first-ever loss to Ireland had handed Steve Hansen's squad a wake-up call, however, and a reminder that even back-to-back world champions are not the finished article.

"There were probably things we took for granted, and they got shown up in that game," said Faumuina of New Zealand's maiden loss to Ireland.

"So we've learned from that, we've sharpened up.

"As an All Black you never want to lose any game, but if it happens the vital thing is to move on quickly, take the learnings and then go and improve again.

"I think they can take confidence from Ireland's win but this is a different team. I can't really see it having too much impact for them really." 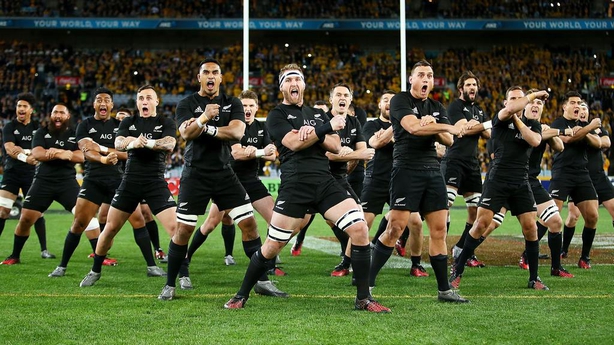 All Blacks superstar Sonny Bill Williams has been passed fit after knee trouble and will provide a stern challenge for centres Robbie Henshaw and Jared Payne in Wednesday's Eden Park showdown.

The Blues will perform a pre-match haka for the first time, with the special He Toa Takitini, The Strength of Many, devised specifically for the occasion.

"We have an exceptional group of men who are proud of their Pacific cultures and are looking forward to connecting their heritages through a haka," said Blues head coach Tana Umaga.

"We have been practising for some time and the boys will be looking forward to getting out there for what will be a fantastic occasion."

The Crusaders, Highlanders and Hurricanes will also perform their own challenges against the Lions, while the Chiefs will mark the occasion with the haka they first performed before the 2012 Super Rugby final.

Lions bosses have welcomed the chance to face traditional challenges from club opposition for the first time in New Zealand, in a move praised by their hosts.

"All credit to the Lions for embracing the opportunity to face a haka before kick-off," said New Zealand Rugby's Lions series general manager Nigel Cass.

"For Super Rugby teams this represents something they currently are not able to do before a regular competition match.