Ian Madigan and recently retired Mike Ross are among the names added to the Barbarians’ 27-man squad for the upcoming games against Ulster Rugby and England.

Head coach Vern Cotter will have a group with 1,018 international appearances between them at his disposal for the challenge against England at Twickenham Stadium on Sunday 28 May before heading to Belfast to take on Ulster at Kingspan Stadium on Thursday 1 June.

Madigan, who will join Pat Lam at Bristol in the Premiership season after a single season with Bordeaux Begles, will add to the backline options that already includes the likes of Adam Ashley-Cooper, Yann David, Frans Steyn, Kahn Fotuali'i and departing Ulster half-back Ruan Pienaar.

Ross meanwhile is set for his final outing in a professional environment.

The 37-year-old Leinster forward won 61 caps for Ireland in a Test career that began in 2009, and is one of a number of additions in the forwards, along with two-time World Cup winning prop Ben Franks and Welsh hooker Richard Hibbard.

The Barbarians' match against Ulster is the first time the sides have met since 1957, but the club enjoyed a successful visit to Belfast last November when they beat Fiji 40-7. 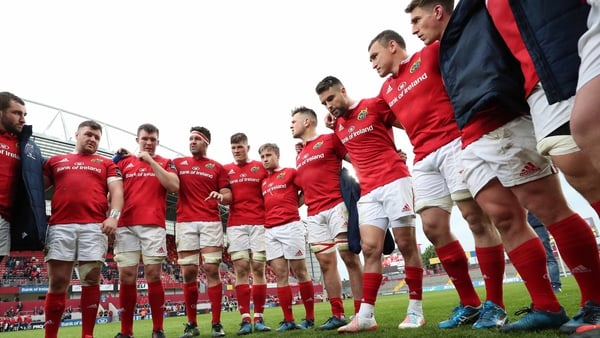 Against the Head panel: Munster will aim to strangle Scarlets