Ireland skipper Rory Best has revealed he learned of his British and Irish Lions call-up while squinting at his phone on a family holiday in Donegal.

The Ulster hooker is taking a few days’ break in the north west and he didn’t have access to a television to watch the squad announcement on Wednesday morning.

So along with his wife Jodie and their two children the Best family squeezed in around the phone and held their collective breath.

"I was trying to stay as relaxed as possible, but around 11.45 I was starting to get nervous," said Best, speaking on RTÉ 2fm’s Game On. "To hear your name called, and thankfully for me it was in alphabetical order, there’s a huge sense of relief.

"You try to avoid it, but it has been built up and people have been talking about it so it is a big deal. It’s a very big deal for me and my family and to finally be named is a sense of relief and a massive sense of achievement. To share it with my family was brilliant." 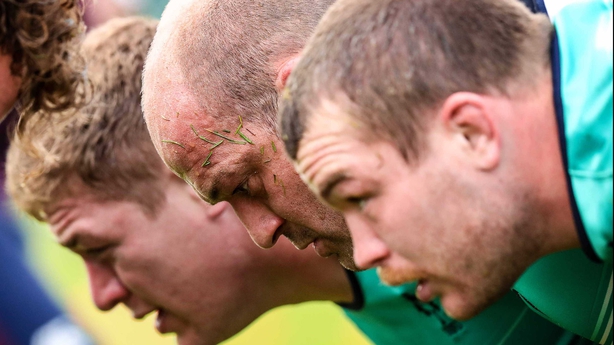 Only the team captain Sam Warburton knew beforehand that he was in the squad while all of the rest of the players found out at the same time as everyone else.

Best is a pretty laid-back character, but he admits that he struggled to remain calm and patient during the long build-up to the squad announcement, though that the wait proved more than worth it once he was named as one of eleven Ireland players in the squad.

"The wee bit before, where they’re talking about the games, and you’re just like ‘is there any chance they could just name the squad…’ I didn’t know if the phone was going to cut out and then there was the suspense," he smiled.

"Then when my name was called out there was a lot of shouting and hugging and a few tears. It was a very, very special moment."

The 34-year-old missed out on the initial Lions squad to tour Australia four years ago only to be called up when England hooker Dylan Hartley lost his place due to suspension. He captained the midweek side, but didn’t make it into the test match picture.

So to be named this time around is sweet for Best and now he is looking to nail down a spot to face the All Blacks in New Zealand this summer.

"When you’re named in it, it’s lovely. Four years ago I was on the flip side of it and it’s not so nice. It was very tough," admitted Best.

"There’s no doubt four years ago I didn’t play my best rugby. At 30, almost 31, whenever I came back from the last Lions tour I didn’t think I’d have another chance. To be still playing international rugby, no mind for the Lions, at nearly 35 I thought would be a stretch for me.

"The way it has turned out, I feel as good now as I did then and to be named in the squad and to have a chance to go out and show myself what I can do at this level is a nice opportunity."