Bernard Jackman believes Saracens may prove too strong for Munster in their Champions Cup semi-final later this month, while tipping Garry Ringrose for an outside chance of a place on the Lions tour.

Munster have exceeded expectations so far this season after failing to qualify from the group stage last year and finishing sixth in the Pro12. They currently lie in second place in the league and were impressive when seeing off Toulouse at Thomond Park in the Champions Cup quarter-finals last Saturday.

Rassie Erasmus’ side will now play Premiership giants Saracens in the semi-finals at the Aviva Stadium on Saturday 22 April, while Leinster face Clermont at the Matmut Stadium de Gerland on the Sunday after they defeated Wasps.

And according to Jackman, Munster’s clash with the reigning European Champions will be “an incredible occasion,” but that Saracens are favourites due to their “winning mindset with strength and depth in every position.”

“Having said that, Munster are capable of winning and I think it will be incredibly tight..."

Jackman told RTÉ 2FM's Game On: “Possibly for Munster it might be a hurdle too high.

“I just think that, where Munster have come from, having not qualified last year, to be back in the top four in Europe... They’ve made massive strides but are probably unlucky to come across a Saracens side who just seem to be a bit further ahead in their development.

“Having said that, Munster are capable of winning and I think it will be incredibly tight, but I think Saracens are a very, very difficult challenge for a Munster team which are still developing.”

What will count for Munster though will be their ability to rest players considering their position in the Pro12.

Munster in second place are ten points ahead of fifth placed Scarlets, and Jackman believes it is crucial to their hopes that they can prioritise the semi-final due to the injury list following last weekend’s victory

“So it’s important that they don’t have to bring those guys to the well too often in the lead up to the semi-final and having that cushion over Scarlets is certainly something that’s valuable.

"Because there's nothing as bad as having to chase results in both competitions at the end of a season and some of your best players have had a very difficult season, both in a Munster jersey and some of them in an Ireland jersey.” 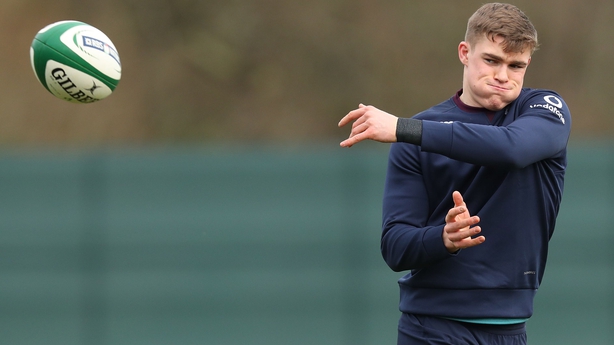 As for the upcoming Lions selection for the tour to New Zealand, when asked if he would select Leinster's Ringrose if he was in coach Warren Gatland’s shoes, he simply replied: “I would take him to be honest. I think he offers something different.”

Jackman continued: “He’s just so exciting and I think that he is one of those guys that could go on the tour, potentially not in Warren’s mind as a first choice, but over the course of the warm-up games become a real find.

“I think he has a huge amount of potential left but he’s very, very exciting and is one of these guys that seems to find space.”

He concluded: “Ringrose seemed to be able to find space consistently in the Six Nations which probably shows that he has the little bit of class that marks him out as a special individual.”