England head coach Eddie Jones has named fit-again Billy Vunipola on the bench for Saturday's Calcutta Cup clash with Scotland at Twickenham, with three changes from the side that defeated Italy.

Vunipola is set to make his first appearance of the RBS 6 Nations having recovered from knee ligament damage, proving his fitness by playing 72 minutes for Saracens last weekend.

The rampaging number eight was expected to start the Triple Crown decider as England seek a record-equalling 18th successive Test victory, but Nathan Hughes has retained his place in the back row.

There are three changes to the starting XV that overran Italy 36-15, all of them in the back line.

Ben Youngs is restored at scrum-half in place of Danny Care, Jack Nowell is rewarded for his two tries against the Azzurri by ousting Jonny May on the right wing and Jonathan Joseph is preferred to Ben Te'o at outside centre.

May is omitted from the matchday 23 completely, making room for Anthony Watson on the bench.

Watson is poised to appear in an England jersey for the first time since last summer's tour to Australia after recovering from a fractured jaw and, more recently, a hamstring strain.

Apart from Vunipola's selection among the replacements, where he is reunited with older brother Mako, head coach Eddie Jones has returned to his strongest available starting XV for Scotland's visit to Twickenham.

Joe Marler holds off Mako Vunipola's challenge at loosehead to win his 50th cap and Maro Itoje continues at blindside flanker after producing his best performance in the position against Italy.

England's Grand Slam defence remains intact but is expected to come under serious threat from a resurgent Scotland who have been buoyed by wins against Ireland and Wales.

"Our preparation for Scotland has been very good. We had two excellent training runs in Oxford last week and followed that up this week," Jones said.

"We're focused on ourselves - we want to give our fans a really good performance.

"We've worked hard in this Six Nations and feel like a good performance is just around the corner. This is the 124th Calcutta Cup and I feel humbled and honoured to be part of such an historic rugby occasion.

"It's the oldest international fixture and means a lot to both countries. We will treasure the experience.

"I congratulate Joe Marler on his 50-cap milestone. I've coached a lot of good players and he is certainly one of the best.

"He is an honest and committed team man and a fine individual. To have him and Mako Vunipola available together to give us 80 minutes at loose-head is an enormous advantage." 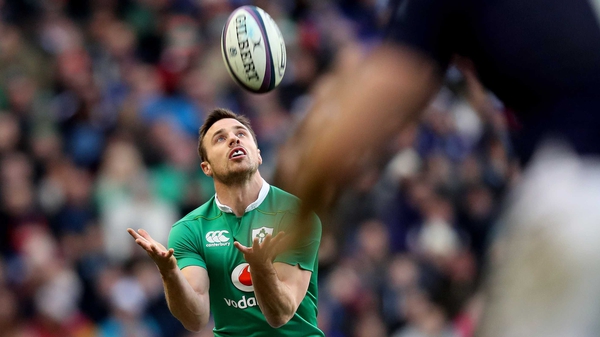