Ireland head coach Joe Schmidt has denied the suggestion from former international Shane Horgan that the inclusion of winger Tommy Bowe is based on nostalgia rather than form.

The 33-year-old Ulster winger is the only change in the match-day 23 for Friday night’s clash with Wales (KO 8.05pm, live on RTÉ Two and live radio commentary on RTÉ Radio 1) , replacing injured provincial team-mate Andrew Trimble on the replacements bench.

Bowe returns after missing the wins over Italy and France having appeared as a second-half substitute in the opening-round defeat at Murrayfield.

Speaking ahead of the Scotland match, the 65-cap international questioned the merits of the decision based on his performances up to that point.

Bowe returned to action for Ulster at the start of October and managed two tries in 10 appearances before the start of the Six Nations, and struggled to make an impact when introduced as a replacement for Keith Earls in Edinburgh.

Speaking on the Second Captains podcast, Horgan felt his former international team-mate made a “negative contribution”.

“That looked like a nostalgia call, having him in the team,” the RTÉ rugby pundit said. "He hasn't been playing well, I was very surprised that he was in the 23.

“He then was brought on for one of Ireland's best backs, if not their best back at the weekend. I thought Earls consistently looked sharp.

“And then Tommy just didn't look as if he was up to the pace of the game at all. He had a negative contribution.”

Speaking to the press at Carton House, Schmidt revealed that Bowe was included after “training the house down” and responded to comments made by Horgan, insisting that he can’t recall having ever made calls based on nostalgia.

“"I'm not sure whether, over the last three and a half-four years, how many nostalgic decisions I've made. But I can't really remember many"

“I think it's a typically external opinion that is purely opinion-based. We try to base our decision on how a player is performing. I've coached Shane and there's probably been times when people have questioned my selecting him.

“There's always going to be people questioning selection. I feel that we're best placed; there's no way I'd say we get it right every time, because again, there's a human factor in coaching.

“I'm not sure whether, over the last three and a half-four years, how many nostalgic decisions I've made. But I can't really remember many.” 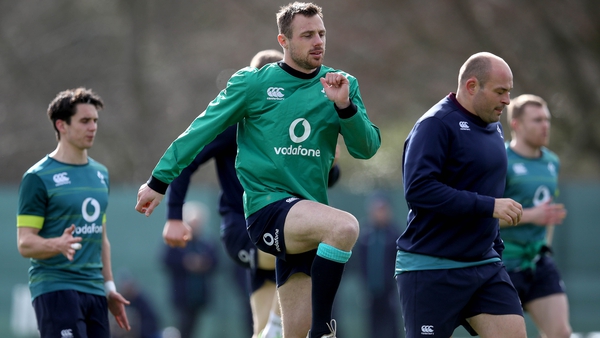