The Against The Head panel discuss the possibility of Jared Payne returning to the Ireland squad for Wales, while Eddie O’Sullivan says there may be a change in the Irish lineout.

Joe Schmidt’s side travel to Cardiff next week with their title ambitions back on track after getting the better of France, and could be boosted by the return of centre Payne.

The New Zealand-born player appeared as a second-half substitute in Ulster’s 40-17 win over Zebre in the Guinness Pro12 following a kidney injury suffered against Australia last November and is jostling for a place in Schmidt’s next Ireland squad.

Speaking on Against the Head, former Ireland international David Wallace says that injury concerns regarding Rob Kearney could hasten Payne's return to the Test arena.

“If Rob Kearney isn’t fit he’s a great addition to the squad,” he said.

“You’d nearly slot him in straight away. He does bring that experience and we heard Garry Ringrose talk about how he looks up to Payne for his defence.

“If he’s back and he’s fit, there’s no reason why he couldn’t come in.”

Former Ireland women's international Lynn Cantwell said that despite limited playing time, there is previous when it comes to Schmidt recalling his marquee players.

“He hasn’t got much mileage behind him, but we have seen Schmidt bring players straight back in like he did with Sexton,” she said.

“He’s definitely in contention for a position, but the backline how they are playing at the moment is quite good so he will have to compete for a position.”

While discussing any possible changes for the Friday night clash in Cardiff, former Ireland head coach Eddie O’Sullivan mooted the possibility of flanker Peter O’Mahony coming into the side to bolster their lineout options.

“Seán O’Brien is not a jumper and neither is Jamie Heaslip or CJ Stander,” he said.

“Maybe O’Mahony has to be looked at because the Welsh lineout is very good in its own right and they also have a very good defensive lineout.

“If they put the same pressure as they did on Scotland, it could be difficult for us.” 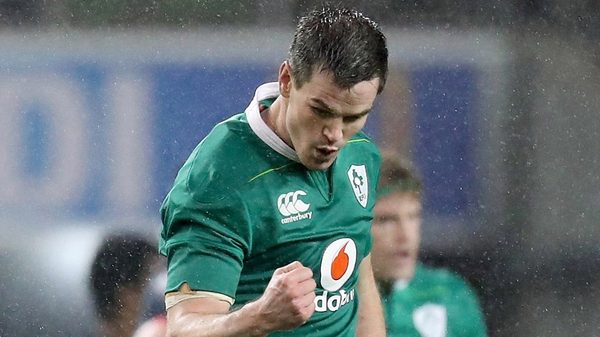