Ireland head coach Joe Schmidt has six days to try and put right the disappointments of Murrayfield. Here are four areas that cost Ireland dearly in the 27-22 defeat to Scotland.

The Irish pack laid down an early marker with not even a minute registered on the clock when referee Romain Poite awarded a penalty to Ireland at the scrum.

The set-piece looked set for a rewarding afternoon, but little could we have expected that the lineout, such a potent attacking Irish weapon, would under-perform so badly.

Good start for Ireland as they win a penalty inside their own half for standing up in the scrum. #rterugby pic.twitter.com/FdlYjHdiAw

Time and time again the precision was lacking from the men in green. Ireland had four attacking lineouts at Scotland’s five metre line, but not a single point came resulted.

The last one came when Ireland lead by a point with just over ten minutes remaining and had all the momentum against a side that hadn’t yet registered a score in the second period.

The ball was claimed but was immediately knocked on and the opportunity missed.

Ireland actually lost only two lineouts, the same as Scotland, but their failure to execute off the set-piece will give the forwards plenty to mull over when they sit down for the video review.

Ireland had twice as many line breaks as Scotland (12), had more offloads and missed far fewer tackles (9) than their opponents (32), but the attack too was lacking precision. Though still ended up just one try short of a second bonus point.

A four minute passage in the second half saw three opportunities go to waste when Ireland were very much on top.

In the 55th minute Seán O’Brien burst through the Scottish defence and had Conor Murray on his shoulder who looked poised to run in under the posts, but Hogg got back to smother the Irish flanker.

Two minutes later and Murray was heavily involved again, as he picked up a loose ball and pierced the defence.

Jamie Heaslip took the ball on further and as he tried to pop the ball to his support runner Robbie Henshaw as they bore down on the line, Sean Maitland was able to intercept and clear the danger.

Maitland again came to Scotland’s rescue in the 59th minute when he hauled Rob Kearney into touch, before the Leinster full-back passed to Keith Earls to dot down. The TMO correctly ruled the try out, but it was a huge let-off for the home side when they were seriously under the cosh.

In theory the Italians should provide the best opportunity to sharpen up the attacking side of their game, but they will be keen to prove their worth to Conor O'Shea in his maiden Six Nations campaign.

For all the talk that Scotland were going to target Conor Murray, it was evident right from the off that the primary focus was in shutting down the Irish ball carriers, and in particular the vaunted backrow trio of CJ Stander, Seán O’Brien and Jamie Heaslip.

Similar to the Welsh approach in the 2011 World Cup quarter-final, the Scots had incredible line speed and smothered the carrier as soon as he had the ball. In the first-half in particular there was an incredible energy to the Scottish defence, and they stuck manfully to the task. 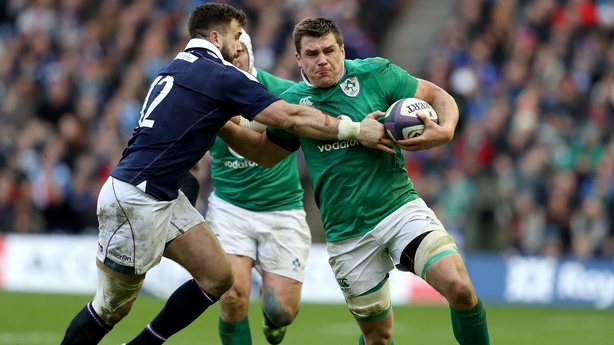 Stander finished the game with a mammoth 24 carries, but he didn’t make anywhere near the same yardage like we have seen so often this season.

O’Brien and Heaslip were more influential after the interval as Ireland enjoyed 60% possession and 67% territory, but Vern Cotter will be pleased with how they dealt with one of Ireland’s strengths.

Defence has been the cornerstone of any Joe Schmidt side and the introduction of Andy Farrell as defence coach last summer had seen Ireland become one of the most difficult sides to breakdown. Having conceded just 11 penalties in the three games against New Zealand and Australia in the Autumn Series, the defensive structures simply crumbled in the opening half.

Rob Kearney conceded three alone at Murrayfield, while Tommy Bowe and Paddy Jackson both fell foul of Poite late on with the game in the melting pot. 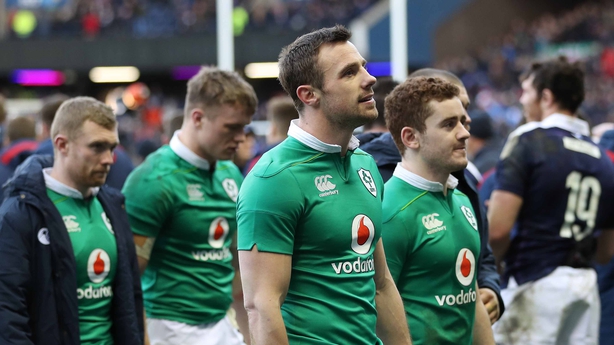 Captain Rory Best alluded to the defensive shape that was far too narrow as Stuart Hogg ran in for two tries, though RTÉ analyst Shane Horgan suggested that this may have been a tactic in light of Johnny Sexton’s absence.

Will Sexton be back for next weekend in Rome? If he isn’t, will Farrell and company re-think the game plan against the Italians?

Much to ponder for the Irish management team. 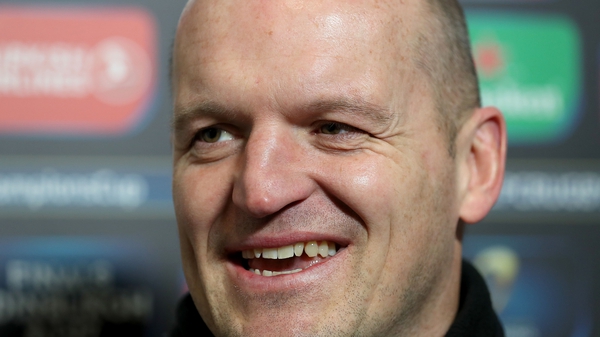