The eighth edition of the Women’s World Cup comes to these shores in August, with Tom Tierney’s side hoping to improve on their fourth place finish three years ago.

Of more immediate concern however will be Scotland in their opening fixture of the Six Nations and the full-back is keen to stress that they will not take their eye of the immediate task.

"We haven’t spoken about the World Cup"

“You know what’s coming at the end of the road in August, but I’ve got to really live in the moment, and concentrate on the job at hand,” she told RTÉ Sport.

“As a squad, we’ll do ourselves a terrible disservice if we think about August and not Scotland.

“It’s a hugely exciting year, but we haven’t spoken about the World Cup. It’s not like we’re professional and together everyday, we have to maximise the time we have together.

“At the weekends, it’s very much about Scotland.”

The Scots are hoping to avoid a bottom finish for the seventh successive season and lost 45-12 at Donnybrook last year.

Briggs insists they won’t underestimate the challenge at hand and are hoping to get their campaign off to the perfect start.

“Foregone results are no more because everyone now has started to reach those levels of professionalism,” she said.

"We’re in a really good place I think"

“It’s really close and it’s going to be difficult to try and call. Hopefully we will be there in with a shout on Patrick’s Day.”

Tierney has named five uncapped players in the 30-strong group for Scotland and Briggs says the mood in the camp is good ahead of their first outing despite a disappointing Autumn Series.

“We’re in a really good place I think.

“In November the results didn’t go our way, but I think when we look back objectively and see the amount of new caps we had, and parts of the performances were really good.

“Now it’s about marrying the blend of old and new and then consistently putting that performance together for 80 minutes.” 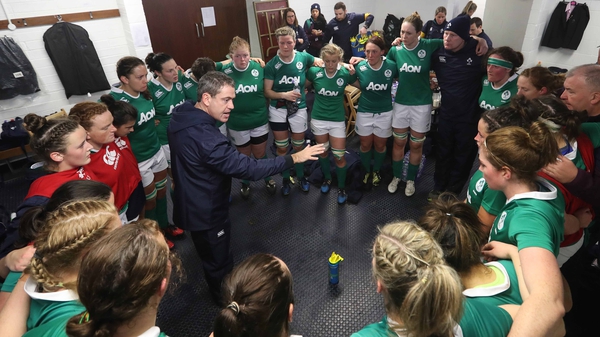