Rory Best says Ireland will have to channel the level of performance that saw Joe Schmidt’s side defeat the All Blacks in November if they are to get their Six Nations campaign off to a winning start.

The Ireland captain was speaking at the launch of the 2017 competition and admitted that Irish rugby, at both national and provincial level, is flying high and looking to build on the momentum of results over the last six months.

Best oversaw an Ireland team that defeated South Africa, New Zealand and Australia for the first time in a calendar year, and while Ulster have struggled in Europe, the other three provinces have shown a real edge in the Champions Cup.

Munster and Leinster have both secured home quarter-finals, while Pat Lam’s Connacht were just one score from joining them in the last eight.

“We have a bit of form behind us, not just internationally, but provincially. There’s a lot of confidence about,” he said.

The hooker will earn his 101st cap for Ireland if he, as expected, is named to face Scotland at Murrayfield on Saturday week and admits that the change of scenery for the Ulster contingent is a positive.

“It’s a different environment...Coming into guys [in the squad] who are buoyed by provincial success.

"To go to Murrayfield and win we’re going to need a performance of the New Zealand game, probably even better"

It is a stark cry for the squad from this time last year when there was no Irish representation in the knock-out stages of the Champions Cup, while a number of injuries carried into the Six Nations contributed to a third-placed finish for the defending champions.

Schmidt's side will return to the scene of their championship-winning performance two years ago when they took the title on points difference, but the 34-year-old is warning his team-mates that they will need a huge game against the resurgent hosts in their first outing.

“To go to Murrayfield and win we’re going to need a performance of the New Zealand game, probably even better,” he said.

“It’s a really, really tough challenge. They are coming off the back of Glasgow and Edinburgh qualifying for their respective quarter-finals.

“The way they performed in the autumn as well, they should have beaten Australia and Argentina.

"They are a side that you have seen the improvement over the last couple of years and they will be looking to put down a marker early on.” 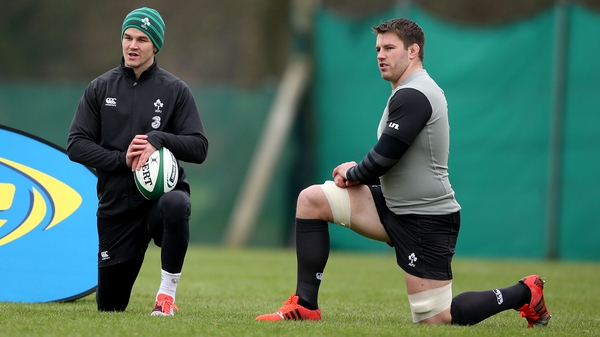 Schmidt confident Sexton and O'Brien will be fit to face Scots