Cardiff Blues have confirmed that Ulster second-row Franco van der Merwe will join the club next season on a two-year deal.

The former South Africa international has made 68 appearances since joining in 2014 from the Golden Lions.

Cardiff head coach Danny Wilson says the 33-year-old will bring some much needed experienced to his callow pack.

"Franco is a quality player, who will bring physicality and experience to the pack," he said.

"The average age of our pack is currently just 25 and part of Franco's role will be to help develop our younger forwards whilst bringing physicality and a lineout presence on game day.

"One of our priorities in recruitment for next season was to bolster our second-rows and increase our on field leadership. We believe Franco is a great fit and we look forward to his arrival in the summer.”

"After three years with Ulster this is a new challenge"

The South African was named in the Guinness PRO12 team of the year in his debut season with Ulster and says he is looking forward to the move.

“After three years with Ulster this is a new challenge and I'm looking forward to contributing to Cardiff Blues,” he said.

“When I was approached earlier this season I spoke to Nick Williams and George Earle, who I played with for the Lions, and they had so many good things to say about the club.

“They were really positive about what's happening and going to happen and made it an easy decision for me.” 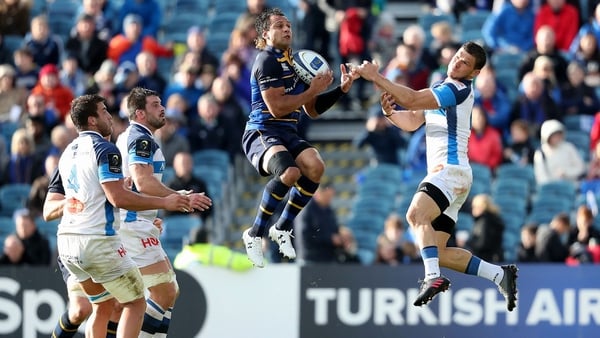