Ulster have confirmed that backrow forward Chris Henry has signed a new two-year deal with the province that will keep him at Kingspan Stadium until June 2019.

The 32-year-old international made his Ulster debut in 2009 and has amassed 156 appearances in a career that has been interrupted by injury.

In November 2014, Henry suffered a temporary blockage of a small blood vessel in his brain before Ireland were due to play South Africa in the November Series.

Henry, who has won 24 caps since making his debut in 2010, made a full recovery and continues to be an integral member of the squad, featuring in seven games this season.

Director of Rugby Les Kiss has paid tribute to the work ethic and attitude of the Ballymena club man.

“His integrity, commitment, passion and good humour are contagious qualities that make him a fantastic person to have within our squad,” Kiss said.

Henry says he is looking forward to extending his time with Ulster, while also mentoring the next crop of provincial players.

“Les is determined to build a successful future for Ulster Rugby and I want to be part of that vision,” he said.

“I want to deliver on the pitch for Ulster but I also want to ensure that I'm assisting the Academy players, who have aspirations to play professional rugby.” 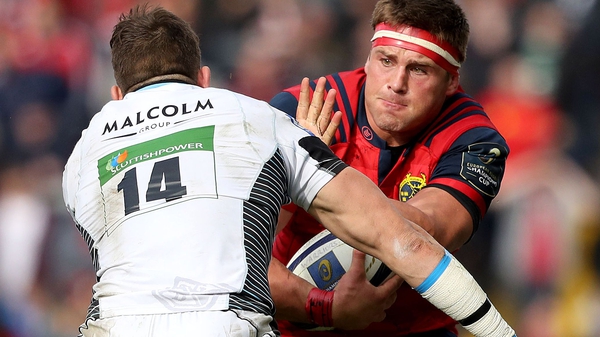