Munster's impressive form of late is increasing the pressure on the players to deliver winning performances, according to their Director of Rugby Rassie Erasmus.

The round one fixture was as postponed back in October following the sudden death of Munster head coach Anthony Foley at the team hotel, and there was a poignant tribute to the Clare native before the game.

The players then responded in kind on the pitch and secured the try-bonus point to keep the side on course to top their pool.

Since Foley's untimely passing, Munster have won ten and lost just once. It's a good habit to have, but expectations continue to grow and next weekend sees the two-time champions of Europe visit Glasgow Warriors in the Champions Cup.

Updates from the Munster and Leinster camps. pic.twitter.com/sbVCIT0Huz

Looking ahead to that game, Erasmus outlined to RTÉ Sport that "the game against Glasgow is a real cup final and our supporters expect us to improve again on the last day."

He continued: "People expect us to get a result. There is a pressure on us to perform now.

"We are realistic as to what we can achieve but we also know that many of the challenges ahead will be tough.

On what Munster can expect Glasgow on the 4G surface, Erasmus added: "Glasgow are doing really well and have beaten Racing home and away.

"They have got all their international players back and have a really good coaching staff. Conditions are set to be cold and wet. It's a massive challenge for us to away from home to try and win the pool. It's doable, but very tough to do. 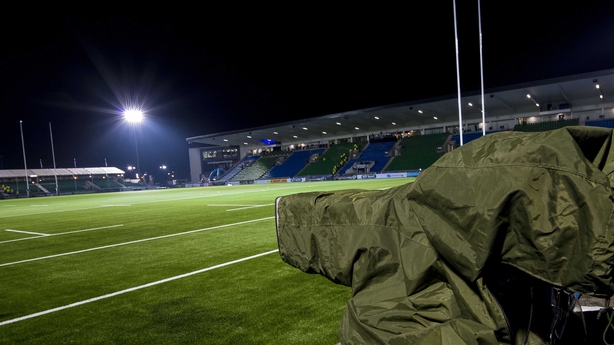 "We will practice on their 4G pitch and have a little run around mainly for the forwards in scrummaging.

"It's a pretty good surface even though the ball bounces a little differently. There is no reason why we should look at the surface as something that should be against us.

On Tommy O'Donnell's latest ankle injury picked up at the weekend, Erasmus believes next Saturday's game (5.30pm) will come too soon for the flanker.

"Tommy's ankle is in a moon boot at the moment and we'll give him until Wednesday to see if he recovers," he revealed.

"At this moment, he's highly doubtful.

"For the injury Tommy has, it is perhaps too soon to recover in a week. We will try to be sensible."