The boss is back - that's how Leinster scrum-half Luke McGrath feels as Johnny Sexton makes his return to action.

With just under a month to go until Ireland begin their Six Nations campaign against Scotland, Sexton will start for Leinster against Zebre in the RDS tomorrow night (7.35pm).

The out-half has been out since injuring a hamstring in the 21-9 loss to New Zealand on 19 November but has now finished his recuperation in time for the Pro12 clash with the Italians, who sit at the bottom of the table.

Leinster coach Leo Cullen also has the following two weeks in mind as the three-time Heineken Cup winners face Montpellier and Castres in the Champions Cup.

The fly-half’s partner on the field is McGrath. And the 23-year-old, who played alongside Joey Carbery and Ross Byrne in Sexton’s absence, is delighted to have the main man back.

“Yeah, he bosses you around the place really,” McGrath, who was capped for Ireland against Canada in November, joked with RTÉ Sport.

“No, it’s great to have Johnny back. He’s been training away the last few weeks and he’s very eager to go.

Johnny Sexton will play his first game in seven weeks on Friday as Leinster take on Zebre in the #Pro12 pic.twitter.com/7T5WgYaEh1

Regarding the latest injury to strike Sexton, Cullen insisted that there was never any thought of surgery on his hamstring.

“Time will tell,” said the coach when asked if the 31-year-old would return from the seven-week lay-off a more robust player.

“His strength has increased during his time on the sideline. We’ll see how he progresses.

“In terms of hamstrings I don’t think it’s been a major problem [of his injury issues].

“With what’s coming up it was important to take a more conservative course of action. 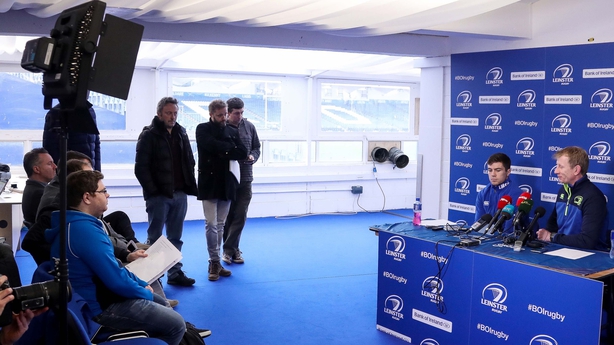 “You can always try to push guys back at various stages. Time will tell how good this period has been for the player.

“He’s in good spirits, he’s trained well and looking forward to get back playing.

"There was no talk of surgery at any stage. It’s more in terms of movement mechanics is probably the bigger issue. Certain players are more susceptible to injuries based on the way they move.

"A lot of the time we spent in [rehab] was in terms of trying to tidy up the way he moves so he’s at less risk in the future but we will see how that progresses." 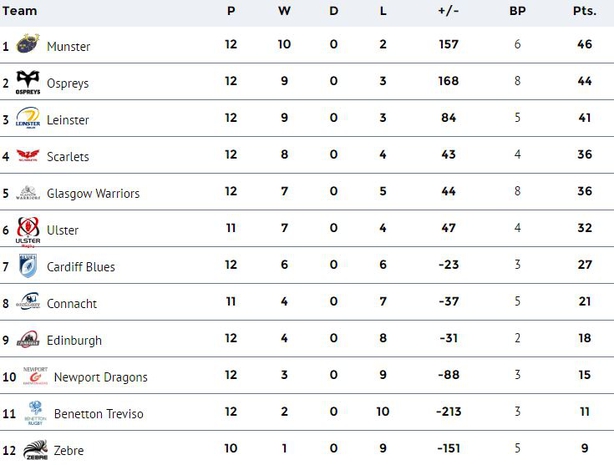 With Zebre propping up the table, a bonus-point win is surely on the cards and McGrath, while insisting they won’t take the Parma side lightly, hinted that the fixture has the air of an audition for the Champions Cup ties.

“Like we talked about this week, we’ve two massive games next week but we’re all focused on this week and putting up a good performance tomorrow,” he said.

“We all have to put our hands up for selection next week but it all starts with tomorrow.”

Sexton is one of seven changes to the Leinster side to face Zebre.